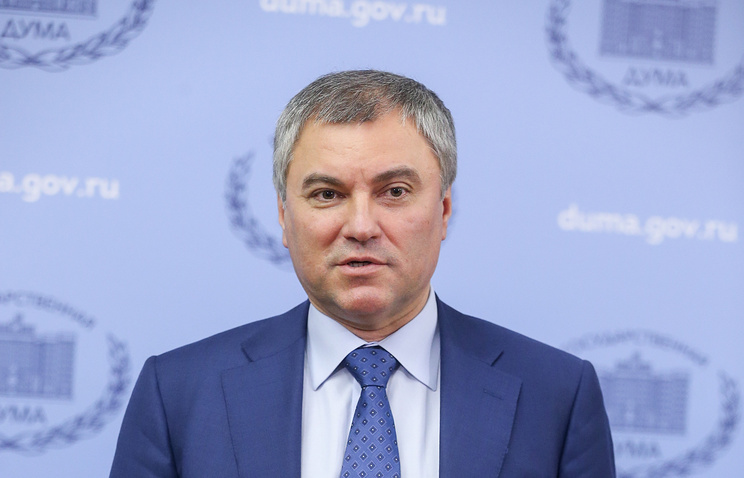 MOSCOW, March 1. /TASS/. Speaker of the state Duma Vyacheslav Volodin considers that it is incorrect to talk about Russia’s possible withdrawal from the jurisdiction of the European court of human rights (ECHR), however, notes that the legitimacy of its decisions can not be questioned due to the fact that a third of judges were elected without the participation of the Russian Federation.

“The ECHR is an institution, which formed the PACE and talk about the exit, probably, is not correct. But what a third of judges elected without the participation of the Russian side, our delegation, of course, is to question and not to raise questions under the legitimacy of the decisions taken by the ECHR,” – said Volodin reporters Thursday.

Earlier media, citing sources reported that Russian authorities are exploring the possibility of denunciation of the European Convention on human rights and the termination of cooperation with the European court of human rights if the anti-Russian line of the court’s decisions will not be adjusted.

The crisis in relations between Russia and PACE

The Russian delegation in PACE in April 2014 was deprived of powers due to the events in Ukraine and the reunification of the Crimea with Russia. In 2015, the PACE has twice considered the issue of restoration of rights of the Russian delegation, but then the sanctions remained in force: the Russian parliamentarians are left without the right to vote at meetings of the Assembly and also participate in the work of the governing bodies of the Assembly and its observation missions for elections in the space of the Council of Europe until the end of 2015. In response, the delegation of the Russian Federation stated that it refuses to work under such conditions, and in 2016-2017 did not request confirmation of their authority due to the persistence in Strasbourg Russophobic sentiment.

At the end of June 2017, it became known that Moscow suspends the payment of its contribution to the Council of Europe in connection with the participation of the Russian delegation in the PACE. At the same time, the Russian side proposes to amend the regulations of the Assembly of the provisions that nobody has the right to deprive the authority of any national delegation. 11 January, the head of the Duma Committee on international Affairs Leonid Slutsky said that Russia will not send a request for confirmation of powers of the Russian delegation to PACE in 2018.