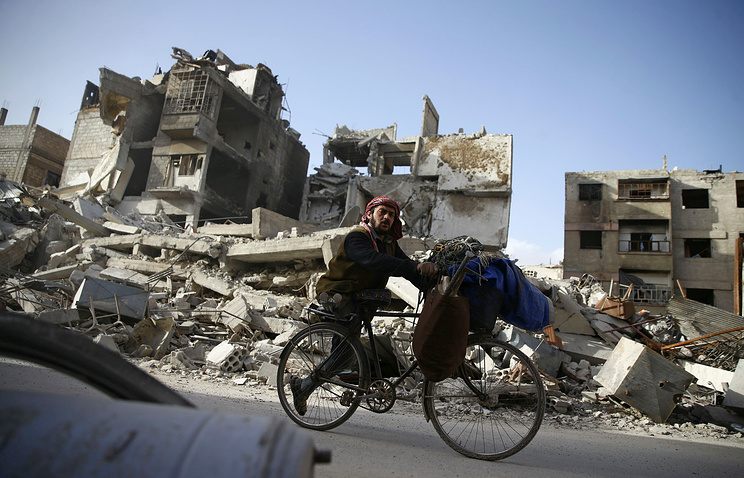 EAST GHOUTA /Syria/, 2 Mar. /TASS/. Two children managed to cross a humanitarian corridor, leaving Eastern ghouta at night on Friday, the Syrian military were able to organize their meeting and cover, told journalists the representative of the Centre for reconciliation of the warring parties in Syria the General-major Vladimir Zolotukhin.

“At 00: 25, a humanitarian corridor was able to get two children [boy and girl]. On duty at the checkpoint in advance, Syrian troops spotted their movement and therefore were able to organize a meeting and cover as the militants fired at the children small arms fire. Now they [children] are doctors and psychologists,” he said.

According to Zolotukhin, the mass exit of local residents of the enclave are not observed. The reason is the violation of the cessation of hostilities by illegal armed groups.

The hotline of the Centre for reconciliation in Damascus continues to receive a large number of messages from residents of Eastern ghouta.

The failure of the humanitarian pause

On behalf of the President of Russia Vladimir Putin in the Damascus suburb of Eastern ghouta since February 27 was introduced for a daily humanitarian pause from 9:00 to 14:00 local time (10:00 to 15:00 GMT). In the first three days pause was disrupted by militants. As reported in the Russian Centre for reconciliation of the warring parties, the terrorists have repeatedly shelled the corridor, which should be the exit from this area, and by force hold the population under their control in Eastern ghouta, threatening with punishment those who wish to leave it