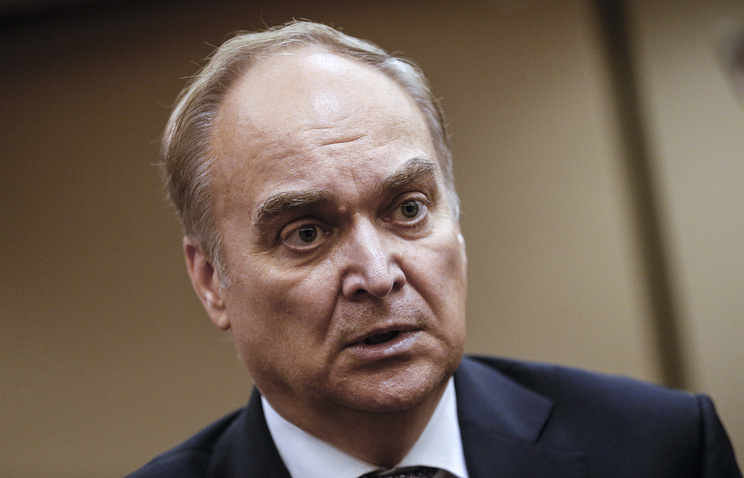 WASHINGTON, March 2. /Offset. TASS Dmitry Kirsanov/. Washington thwarted the Russian-American consultations on security in cyberspace, and Moscow in this regard, found it impossible to hold new round of talks on strategic stability and the elimination of irritants in the bilateral relations with the United States. This was announced on Thursday the correspondent of TASS, the Russian Ambassador to the U.S. Anatoly Antonov.

He was asked to comment on available information that in Russian-American dialogue on information security and strategic stability supposedly there were additional difficulties. In addition, a source informed TASS that the decision to postpone the next round of Russian-American talks on strategic stability, which had been scheduled for the coming days.

Antonov in response said that the fault of the US administration has not held a bilateral meeting on cybersecurity, which was supposed to organize in late February in Geneva, and that Russia in such circumstances, found it impossible to hold talks on strategic stability on 6-7 March in Vienna. Moscow decided to postpone the negotiations on strategic stability, said the Ambassador.

“The state Department expressed indignation in connection with the breakdown of the American side of the Russian-American expert consultations on international information security. In accordance with a previous agreement, they were to be held in Geneva on 27-28 February. The Russian interdepartmental delegation has already arrived in Switzerland. The Americans refused to participate in this event on the day it started under the pretext of completely unfounded accusations against Russia,” – said the diplomat.

“We see this as the next unfriendly step of the USA, leaving the impression of a pre-planned action and leading to further deterioration of bilateral relations,” he said.

“In connection with specified actions of the United States, the Russian side found it impossible is scheduled for March 6-7 in Vienna, the Russian-American consultations on issues of bilateral relations areas and topics of strategic stability, and so we put them aside,” – said Antonov.

Russian-American talks on strategic stability and resolving problems in bilateral relations are under the chairmanship of the Deputy Minister of foreign Affairs Sergey Ryabkov and under Secretary for political Affairs Thomas Shannon. The establishment of this communication channel has become one of the outcomes of the visit of U.S. Secretary of state Rex Tillerson in Moscow in April of last year. The Minister of foreign Affairs of Russia Sergey Lavrov in September confirmed that the parties intend to preserve the mechanism of these regular contacts.