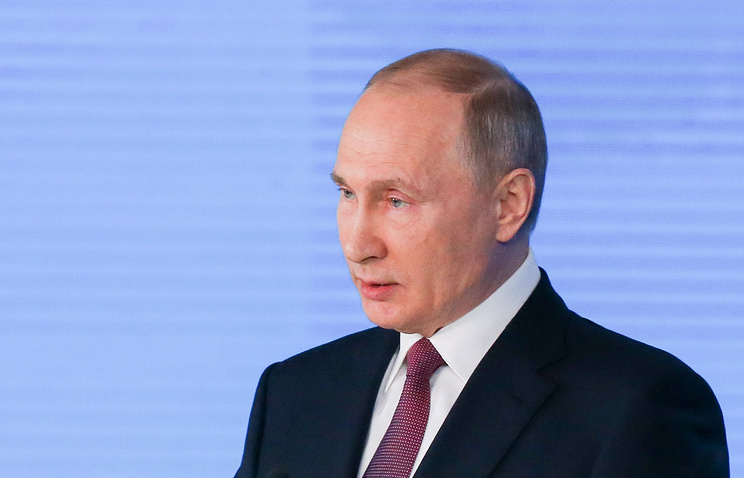 MOSCOW, March 2. /TASS/. Russia may use nuclear weapons only in response to a nuclear attack or in case of an existential threat to the country, said the President of the Russian Federation Vladimir Putin in interview to TV channel NBC.

The message to the Federal Assembly President of Russia on 1 March announced the development and testing of new systems of strategic weapons created in response to the unilateral withdrawal of Washington from the ABM Treaty and the practical deployment of this system on the territory of the United States and outside their national borders. Among them – Intercontinental ballistic missile “Sarmat”, a hypersonic complex “Dagger”, a cruise missile with a nuclear power plant and an unmanned underwater vehicle that can be equipped with conventional and nuclear ammunition. The head of state stressed that the growing military power of Russia – is a reliable guarantee of peace on the planet, and all work on strengthening of defensibility of the country was held within the framework of existing agreements in the field of arms control.