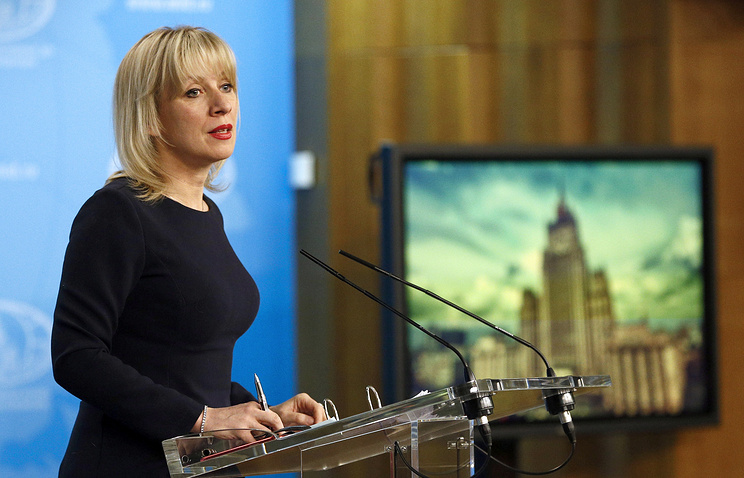 MOSCOW, March 2. /TASS/. The foreign Ministry will make a special place on the briefings for the American press, if the United States again dare to oppress the rights of Russian journalists. This was stated on Friday the official representative of the guardian Maria Zakharova.

March 1, at the briefing the head of the press service of the Department of state Heather Nauert pointedly refused to answer Russian journalists ‘ questions, concerning bilateral relations and the message of President Vladimir Putin to the Federal Assembly.

“So you’re from Russia? Then that’s it, I’m moving on!” – said official representative of foreign policy Department of the USA. So she responded to an attempt by the Russian reporter to clarify statements Nauert on the statements of Putin. This caused indignation even on the part of the American press corps of the state Department.

“This behavior is unacceptable! If the state Department again dare to call our journalists present at the briefing, journalists from Russia and on this basis to cease to communicate with them, we realize what is promised, – said Zakharov. We will do in the press center of the Ministry of foreign Affairs a special place for so-called journalists from the United States to have your journalists feel that it is.”

“If even just a few decades ago in a bus in the US would not let people with different skin color, it is necessary to get rid of himself, and not to return to the vicious practice in the early twenty-first century, sharing with journalists on countries and nationalities. On the basis of belonging to the country you have no right to deny them access to information,” – said the official representative the Ministry of foreign Affairs of the Russian Federation, while thanking “the American journalists who defended the right of Russian colleagues on access to information and equal treatment”.