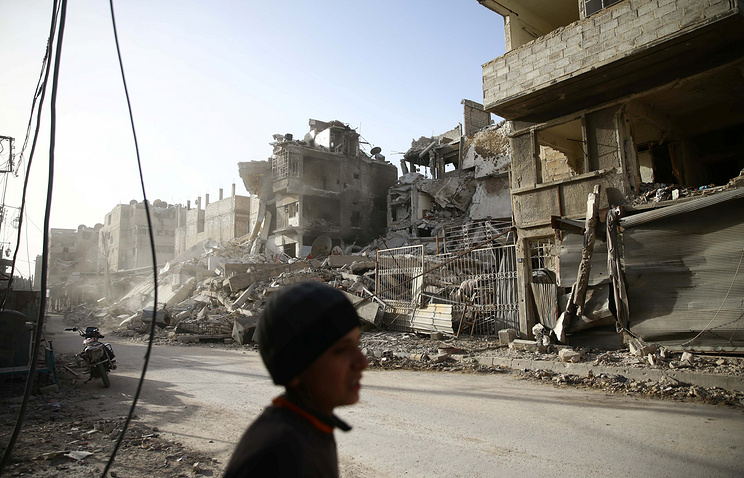 DAMASCUS, March 2. /TASS/. Supplies of food and necessities that the residents held by the militants in Eastern ghouta has come to an end. On Friday told journalists the head of the Department of translators and interpreters of the Center for conciliation Alexander Maslennikov.

On Thursday, the Center opened a hotline for residents of Huta. On the first day the professionals took over 30 hits. “For the first day of work of “hot line”, organized by the Center for conciliation of the warring parties in Damascus addressed to us was received more than 30 complaints from civilians of Eastern ghouta, as well as from their family and relatives in Damascus. In their appeals the people complaining about the lack of medical care, water, food, electricity,” said Maslennikov.

According to him, some local residents attempted bribery of militants in exchange for the opportunity to leave the Eastern ghouta, however fighters don’t go for it. “We had received complaints that the militants inflated prices for basic necessities, as well as for food dozens of times. People have no opportunities to eat normally, and many are willing to go to start eating stray animals,” – said the representative of the Centre.