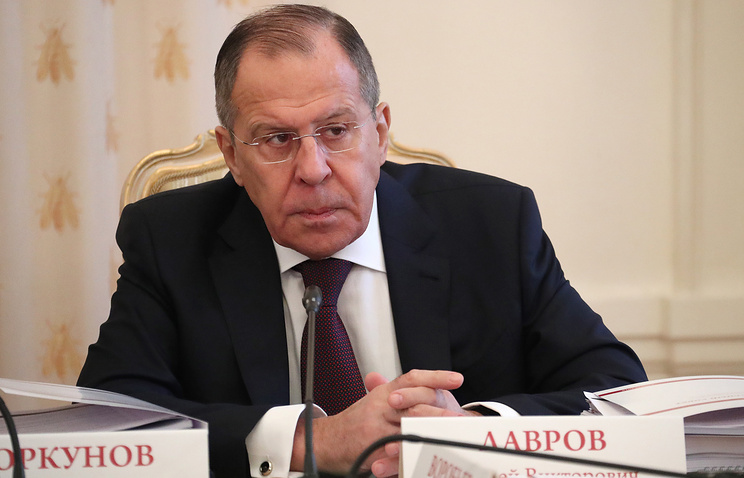 MOSCOW, March 3. /TASS/. The international community should encourage the parties to the conflict in Yemen to dialogue, we must not give up on this issue. This was stated by Russian foreign Minister Sergei Lavrov in an interview with the Ethiopian newspaper the Reporter.

“We continue to believe that to end the protracted conflict vnutriyemenskogo featuring “Arab coalition” is only possible through dialogue and mutual consideration of interests of all political forces of Yemen,” the Minister said.

Thus, according to Lavrov, it is necessary to be prepared for the fact that “overnight to restore the national consensus in Yemen are unlikely to succeed.” “Too many have accumulated there, the opposing parties claims against each other, and not always unfounded. This situation leads to unwillingness of the Yemeni factions to return to a constructive discussion of ways of overcoming these contradictions, which is, in fact, the main problem in the context of the settlement of the crisis in this country, – said the head of the foreign Ministry. – This, however, should not be a reason to give up on this direction”.

Moscow is convinced that the international community, primarily the UN “should continue to encourage the Yemeni protagonists to renounce violence and sit down at the negotiating table”. “For our part, we intend to continue to contribute to such work, – the Minister stressed. – ‘ve been doing this since the beginning of the internal conflict in Yemen, regularly communicating with all who influence the translation situation in the country in a peaceful course”.

At the same time the Russian side is taking steps “to provide humanitarian assistance to the suffering people of Yemen,” said Lavrov. “I think at the present time to send another shipment to our aid”, he said.

The conflict in Yemen

August 2014 in Yemen, the confrontation between the legitimate from the point of view of the world community the government of Yemen and rebel forces, which had previously supported the forces loyal to former President Ali Abdullah Saleh. In the most active phase of the conflict has passed with the beginning of the invasion at the request of the incumbent President Abd Rabbo Mansour Hadi in March 2015 Arabian coalition.

The situation deteriorated sharply at the end of November 2017, when Sana’a began fierce fighting, the reason for which became the attempt by the rebels-Houthis to capture a number of institutions and facilities under the control of the supporters of Saleh. 2 Dec former head of state, announced the termination of partnership relations with them, and on 4 December was killed by the rebels. Now they control Sana’a, while authorities announced the southern port city of Aden was the temporary capital of the country.