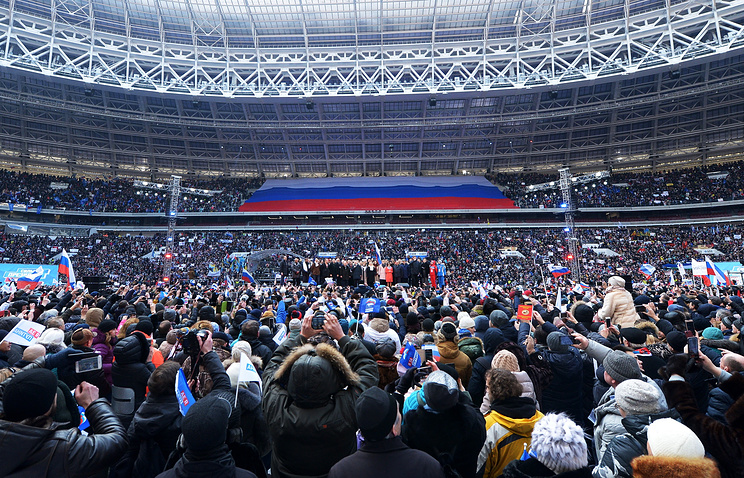 MOSCOW, March 3. /TASS/. More than 130 thousand people gathered at the meeting “For strong Russia” in the Luzhniki stadium in Moscow on Saturday. About TASS said the official representative of the Ministry Irina Wolf.

“On the territory of the sports complex “Luzhniki” held a rally “For a strong Russia!”. The event was attended by over 130 thousand people. Police and Asgardia provide law enforcement and security,” she said.

Action in support of a candidate for President of the Russian Federation Vladimir Putin started on Saturday around noon. The participants of the rally will address about a dozen Trustees candidate. According to the forecasts of Putin’s election headquarters, the rally could take part not less than 100 thousand people.

As noted by the press-Secretary of Putin’s staff, Andrei Kondrashov, the event “paid from electoral Fund”, the entire amount will be presented in the statement of the candidate, which will be published on the website of the Central election Commission of the Russian Federation.