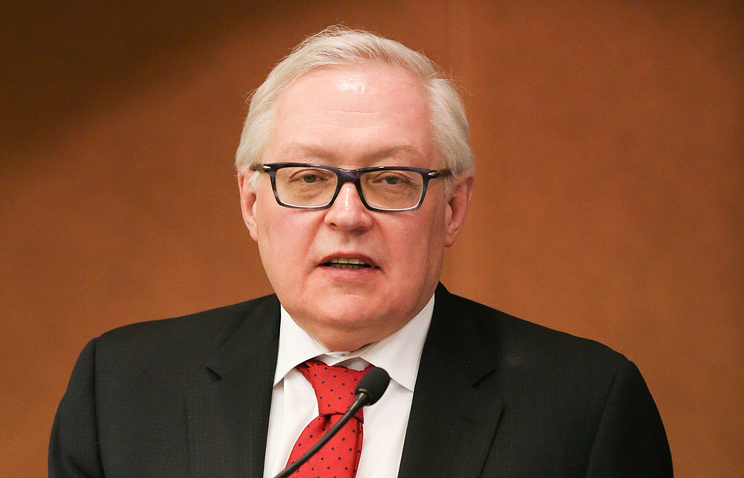 MOSCOW, March 2. /Offset. Maria Khrenova TASS/. Deputy Minister of foreign Affairs of Russia Sergei Ryabkov said in comments TASS on Friday said that his consultations with the senior Deputy Secretary of state Thomas Shannon postponed, not abandoned, but new dates have not yet been discussed.

“We postponed the consultation with the senior Deputy Secretary of state Shannon on strategic stability and security. New terms no one discusses about it to speak early” – said Ryabkov. “When we get back to the subject, is a separate issue, but I emphasize that it is the event is not canceled, but postponed”, – noted the senior diplomat.

He explained that this decision was made because of the failure of the American side of the planned meeting on the problems of information cyber security in Geneva. “Such boorish output could not remain without response,” he said.

“The circumstances that made it impossible for a previously planned on March 6-7 meeting, due to the fact that the American side not just at the last moment, and just a few minutes before the planned meeting on the problems of information cyber security in Geneva this meeting was cancelled and explained his decision all the same false accusations in us activity in the Internet space, which supposedly is detrimental to American interests”, – said the Deputy Minister.

He stressed that “Moscow has perceived this as an outrageous manifestation of the non-partnership approach, especially since the Americans themselves have repeatedly talked about the importance of addressing the problems in cybersecurity”.

“The situation is extremely difficult in all respects – said Ryabkov. – Every day we hear from Washington the signals which indicate the extremely hostile attitude of the American side to us. Threats and attempts to present our policies and our actions in a false light, all of this very difficult situation, poisoning the atmosphere of Russian-American dialogue”. “So long as the previously planned event for all its importance and significance, from the point of view of the questions which were asked to discuss, it is impossible”, – he stated.

Russian-American talks on strategic stability and resolving problems in bilateral relations are under the chairmanship Ryabkov and Shannon. The establishment of this communication channel has become one of the outcomes of the visit of U.S. Secretary of state Rex Tillerson in Moscow in April of last year. The Minister of foreign Affairs of Russia Sergey Lavrov in September confirmed that the parties intend to preserve the mechanism of these regular contacts. Earlier Ryabkov said that holding of consultations with the Shannon scheduled for early March.