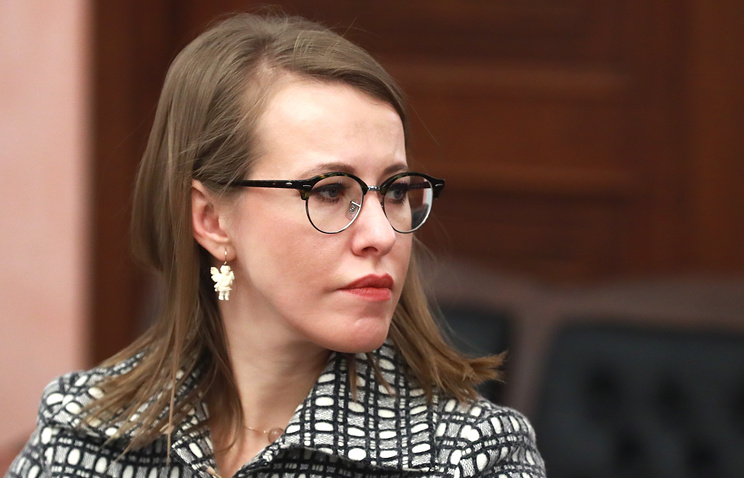 MOSCOW, March 4. /TASS/. The presidential candidate from the party “Civil initiative” Ksenia Sobchak on Sunday reported that she was attacked by a man and doused it with some kind of liquid.

“Just attacked me. Pushed – I fell, spilled something, shouting “This is for Zhirinovsky”. Called the police,” wrote Sobchak in his microblog on Twitter.

Press-service of the candidate said that the incident occurred at the exit of the Petrovsky Palace in Moscow, where the event took place, dedicated to the birthday of Mikhail Gorbachev.

According to the press service, the man doused Sobchak water, security caught him. “The police have already arrived on the scene and makes the Protocol”, – stated in the message.

“We will make sure that everything was correctly recorded that video surveillance has not disappeared anywhere, to question witnesses, because there is an attack with violence associated with political activities of Xenia,” said TASS, the lawyer of presidential candidate Konstantin Dobrynin.

He noted that they have previously communicated to the Prosecutor General on the fact of threats against Sobchak, this was due to the inscriptions on the walls of the Petersburg campaign.

In the liberal democratic party has not yet commented on this information. “To clarify all the circumstances, we will refrain from making any comments,” said TASS in the press service of the liberal Democrats.

Moscow police checks, reported in a press-service of the Metropolitan Moi. According to police, about 40 houses on Leningrad prospect, the man threw water in the face of Ksenia Sobchak.

“The man was detained, his identity is established, it is delivered to the territorial police Department for investigation. On this fact being tested,” – said the representative of the Moi.

“Law enforcement agencies understand the causes of the incident, we are also waiting for the results. The young man was not an official assistant to the Chairman of the Moscow city Duma,” – said Smith.

Earlier during the debate on the channel “Russia 1” LDPR leader Vladimir Zhirinovsky, using profanity, insulted Sobchak. She answered doused it with water.