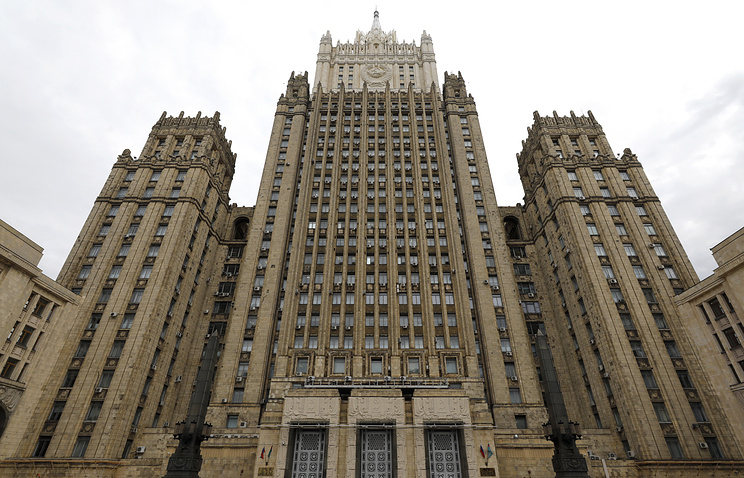 MOSCOW, March 3. /TASS/. The US is trying to cut off Central Asia from multi-faceted cooperation with Russia and other participants in the integration processes in the post-Soviet space. This was stated by the Russian foreign Ministry, commenting on statements of the head of the Central command of the U.S. armed forces Joseph Votel in the House of representatives on February 27.

“Votel had caught Russia “increasingly attacks on the US influence in the dissemination of false information”. For the United States “creating problems” and that the Central Asian countries “still rely on Russia,” in matters of economy and security. Eurasian integration is through the prism of “recovery of dominant influence” of Russia in the region. Behind all this there are clearly those who would like to cut off Central Asia from the array of multifaceted cooperation with Russia and other participants in the integration processes in the CIS”, – said the Russian foreign Ministry.

How it was done, “proves again the depth of prevailing in Washington, the anti-Russian bias”, the foreign Ministry said.

The Russian Ministry gives the facts significance of the cooperation of Central Asian countries with Russia. In particular, MFA notes that over the last 10 years the volume of Russian development assistance in Central Asia topped $6 billion, the region has Russian investments in excess of $20 billion and there are about 7.5 thousand companies with Russian capital.

“Opportunities for the region opened up with the creation of the free trade area of the CIS, common economic space, the Eurasian economic Union. Russia trade of Central Asian States rose last year by one third, in particular, Kazakhstan – 30.1%, Kyrgyzstan – by 31.6%, Uzbekistan – 33.9%,” – emphasizes the Department of information and press of the Russian foreign Ministry.

The foreign Ministry also notes that respect for the law “of our Central Asian friends to choose their partners, but against the fact that some of these partners have set us against each other”.