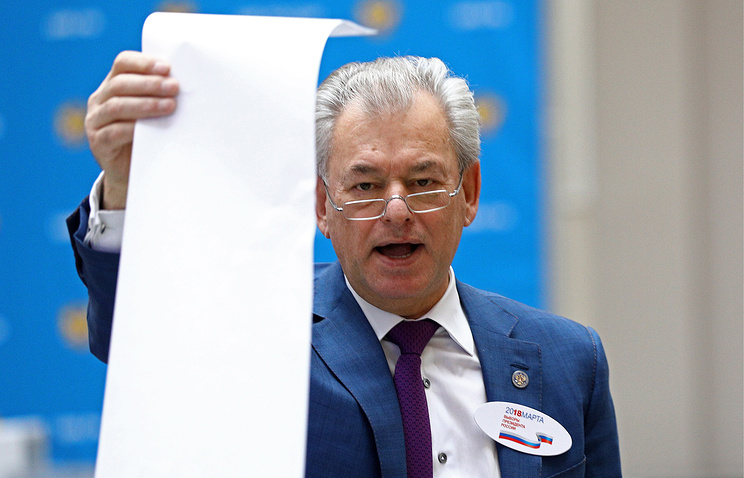 MOSCOW, March 5. /TASS/. The Central election Commission (CEC) of the Russian Federation found that 13 accounts of the candidate from the Communist party for the post of President of Russia Pavel Grudinina in Swiss banks was around $1 million, including 174 oz of gold. About it on air of TV channel “Russia 24” said Deputy Chairman of the CEC of the Russian Federation Nikolay Bulaev.

According to him, on December 2017 at Grudinina in Switzerland there were 13 accounts and “other financial instruments, which were used for storing money and precious metals”.

“With regard to the total amount of money that confirms our tax office, according to information from Switzerland, $1 million including more than 174 ounces of gold,” said Bulaev.

Grudinin has been registered as a presidential candidate on January 12. According to the law the registration stage the applicant must submit to the CEC information about the lack of accounts and financial instruments abroad.

However, as it turned out later, at the beginning of February we had two Grudinina not until the end of closed accounts in Switzerland and two in Austria, which, however, was not considered by the CEC as an “insoluble problem.”

As announced in mid-February Bulaev, Grudinin was twice submitted to the CEC statement regarding closing of all accounts in foreign banks. At the same time Bulaev has noted the contradiction between the documentation submitted by the candidate to the CEC, and the information provided to tax authorities.

On March 5, a member of the CEC of Russia Alexander Kinev has informed that the Swiss tax authorities reported 11 more Grudinina accounts in a Swiss Bank, and one of the accounts opened in gold.

In February the portal Life.ru reported that the son of the candidate from the Communist party Artem Grudinin owns real estate in Latvia and a few years ago, has received a Latvian residence permit.