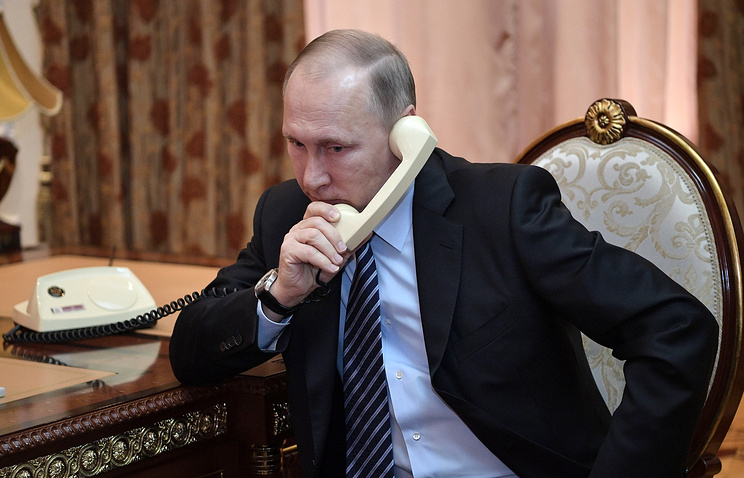 MOSCOW, March 7. /TASS/. President Recep Tayyip Erdogan held a telephone conversation with Russian President Vladimir Putin expressed his condolences in connection with the crash of Russian military transport plane An-26 in Syria. This was reported by the press service of the Kremlin.

The leaders also discussed the situation in Eastern ghouta in the context of the UN resolution, noting the importance of addressing humanitarian problems and the need to continue the uncompromising fight against terrorist groups in the area.

Erdoğan, in addition, briefed Putin on the progress of the operation the Turkish armed forces in Afrin.

Also during the conversation there were discussed topics of bilateral cooperation, including the implementation of joint strategic projects in energy sphere.

The presidents of Russia and Turkey agreed to continue contacts at various levels.