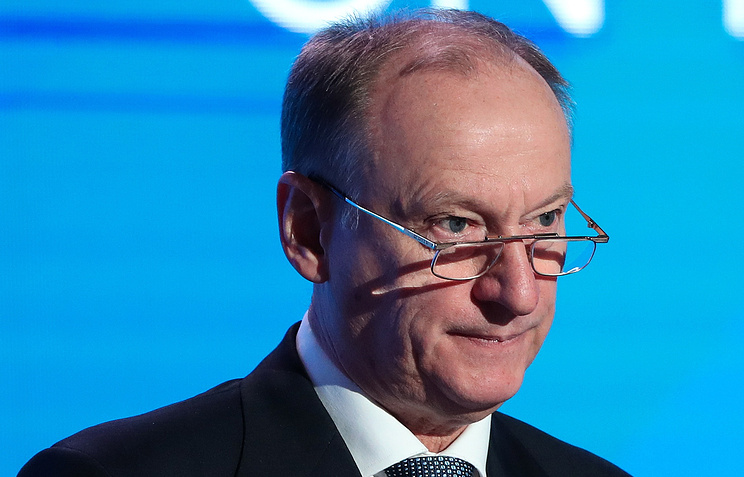 MOSCOW, March 6. /TASS/. The Secretary of the Russian security Council, Nikolai Patrushev, accused Western countries in an attempt to solve their problems at the expense of the security of other States, which turns entire regions into the zone of chaos and creates a breeding ground for terrorists. “The West to promote its own interests actively employ violent methods, is trying to devalue the potential of international law and a number of multilateral institutions, seeks to solve its own problems at the expense of security of others,” he said at a plenary meeting of the scientific Council at the RF security Council.

“The intervention of the US and individual EU countries in the internal Affairs of sovereign States, an attempt to redraw the boundaries, inciting ethnic and religious clashes, as well as imposing its values without taking into account national aspects led to the transformation of vast areas of the Middle East, North and Central Africa in a zone of chaos, a breeding ground for terrorism,” he added.

Patrushev described as a tense situation on the Korean Peninsula. “To achieve de-escalation is impossible without formation in North-East Asia a system of equal and indivisible security,” – said the Secretary of the security Council.

According to him, in Europe there is still a “potential conflict” caused by the approach of NATO infrastructure to Russia’s borders, the unilateral deployment of elements of US global missile defense and a number of unresolved conflicts in the Balkans.

“The reduction of tensions in the Euro-Atlantic region is intended to promote the Ukrainian crisis settlement on the basis of full and consistent implementation of the Minsk agreements, – said Patrushev. – The main obstacle on this way is destructive position of the Kiev authorities”.

Patrushev said that those involved in the conflict and crises countries need help in strengthening and often – and the restoration of statehood. “We need to have involved in them [crises and conflict] countries, political and diplomatic support to be strengthened, and often in the restoration of statehood, the socio-economic rehabilitation and formation on the path of sustainable development,” he said.

“To make progress in resolving the common problems faced by all humanity, including terrorism, drug trafficking, organized crime, proliferation of weapons of mass destruction, is possible only by combining the efforts of the entire international community aimed at peaceful settlement of the various crises and conflicts”, – said Patrushev.