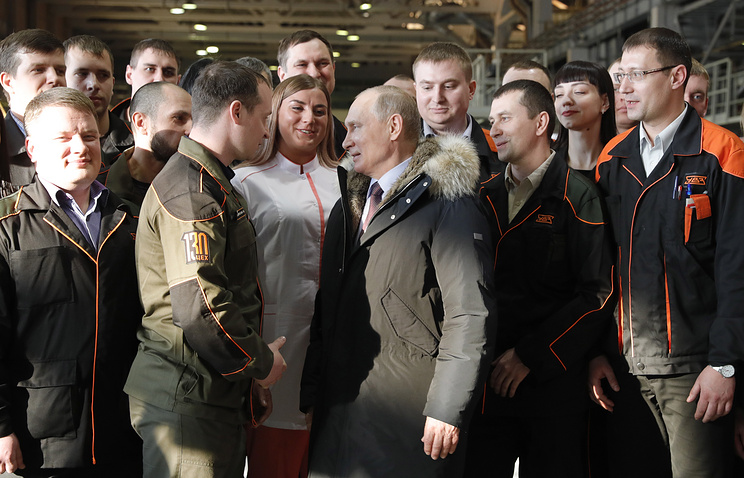 NIZHNY TAGIL /Sverdlovsk region/, 6 March. /TASS/. Russian President Vladimir Putin said that working on the post of the head of state, he tried not to let down those who supported him.

During the visit the head of state of “Uralvagonzavod” enterprise workers in conversation with Putin said that six years ago, they actively supported his nomination for the presidency, and now I see that I made the right choice.