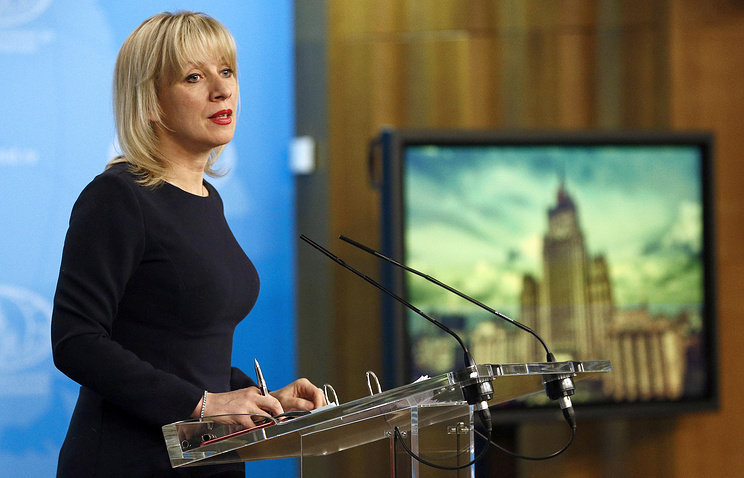 MOSCOW, March 6. /TASS/. Moscow urges Britain to first investigate the case of poisoning ex-GRU Colonel Sergei Skripal and his daughter Julia, and not to blame from Russia. This is the official representative of Russian foreign Ministry Maria Zakharova said Tuesday on air of radio station “Echo of Moscow”.

When asked by the hosts to comment on the statements of British foreign Secretary Boris Johnson that Russia “engaged in hostile activity” in the United Kingdom, Zakharova called these words “kind of weird”. “Actually, there are some procedural rules. As someone who deals with foreign policy and has nothing to do with law enforcement, makes such statements? Zakharova said. – First of all, you need to conduct some basic investigative and inquisitive actions.”

“It’s wonderful that they [Scotland Yard] was engaged in this business, – the diplomat noted. – We believe that the information, as in previous cases, which are associated with [Boris] Berezovsky or [Alexander] Perepelichny, yet to be published. Because all of the previous history nothing is over.”

“We believe that law enforcement agencies at least some of this texture first increased, and then to share”, – said Zakharov.

The Russian diplomat also ironically drew attention to the fact that the UK in recent times linked with his participation in the world championship on football which will pass in Russia this year. “They now have to link all football: Ukraine – let’s not go to Russia for the world Cup, Syria – let’s not go, dope – let’s not go, and now this, she explained. It’s just savagery”.

66-year-old ex-Colonel of the Main intelligence Directorate (GRU) of the General staff of the Armed forces of the Russian Federation Skripal was discovered Sunday with her daughter Julia in the shopping centre The Maltings in Salisbury. Both were on the bench in an unconscious state. At the moment members of the British police determined the substance that caused deterioration of the health of the two victims. They are in a critical condition in hospital.

In 2004, Skripal was arrested by the Federal security service of Russia and later sentenced to 13 years in prison for treason. Six years later ex-Colonel was transferred to the United States in the exchange of persons arrested on charges of espionage.