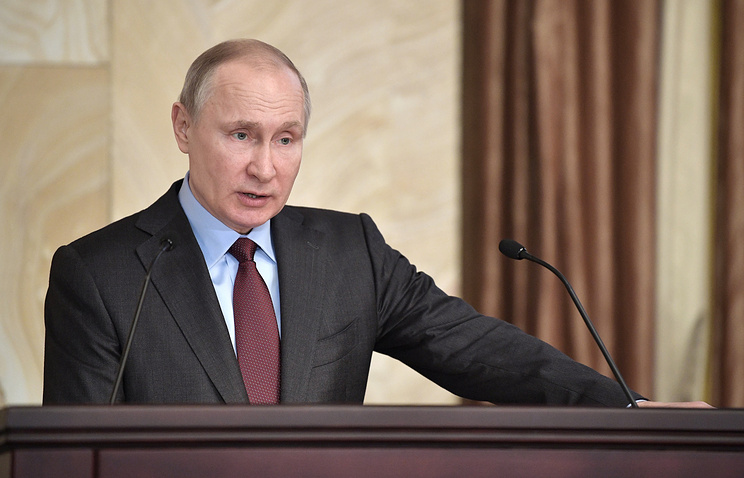 MOSCOW, March 7. /TASS/. In February 2014, first asked Russia to take all measures to ensure that the President of Ukraine Viktor Yanukovych will not use the army against protesters on Independence square, but then the Washington blatantly lied to Russia by supporting the coup in Kiev.

This was announced by Russian President Vladimir Putin in an interview for the film of Vladimir Solovyov, “the world Order 2018”, placed in social networks.

The Russian leader recalled that the coup in Ukraine in February 2014 supported the European countries have taken to this guarantors agreement, between the Ukrainian government and the opposition. “But this is well known. Now I will say that it is unknown: in the same moment turned to us and American partners, they asked us to do everything – I’m talking almost a verbatim request is that Yanukovych will not use army to the opposition [she] liberated area, administrative building and has shifted to implementation of the agreements on normalization of the situation”, – said Putin.

“We said, “Okay.” The day had been a coup was committed. “Well, at least I would at least have done something!” – said the President of the Russian Federation. According to him, instead from Washington was only “full support for those who have committed a coup.” Asked the host, for the first time the US lied to Russia, Putin said: “So rudely and arrogantly, perhaps, in the first.”