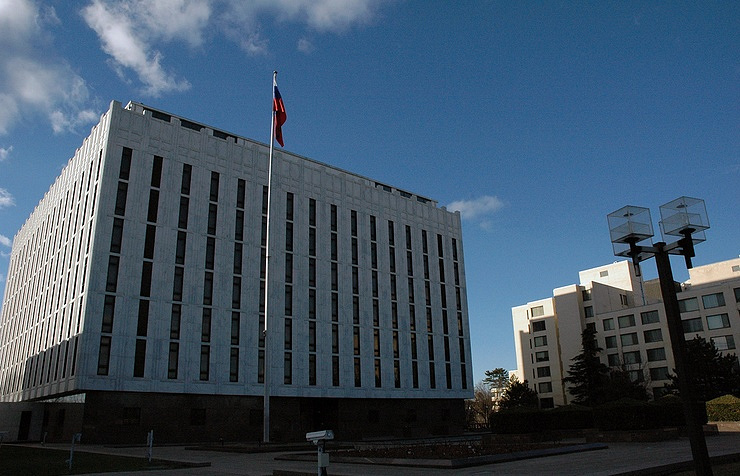 TASS, 8 March. The Russian Embassy in the United States criticized the state Department for the flood of false news and misinformation about the organization of the meeting of the Minister of foreign Affairs of Russia Sergey Lavrov and U.S. Secretary Rex Tillerson, noting that “the office something broke”. A message was posted Thursday on the Embassy page in Facebook.

On Monday, the Deputy Minister of foreign Affairs of Russia Sergei Ryabkov said that Moscow proposed to Washington to organize a meeting between Lavrov and Tillerson in Ethiopia. According to him, “such contact would be helpful” because “the issues that need to be discussed, only multiply”. As explained Ryabkov, Moscow sent “to the American side a proposal” and waits for a response.

On Tuesday the head a press-services of the Department of state Heather Nauert said that proposals from the Russian government on holding the meeting of Lavrov with Tillerson in Ethiopia, the US did not. On Wednesday the official representative of Russian foreign Ministry Maria Zakharova said that the state Department lied about the fact that the request was received.