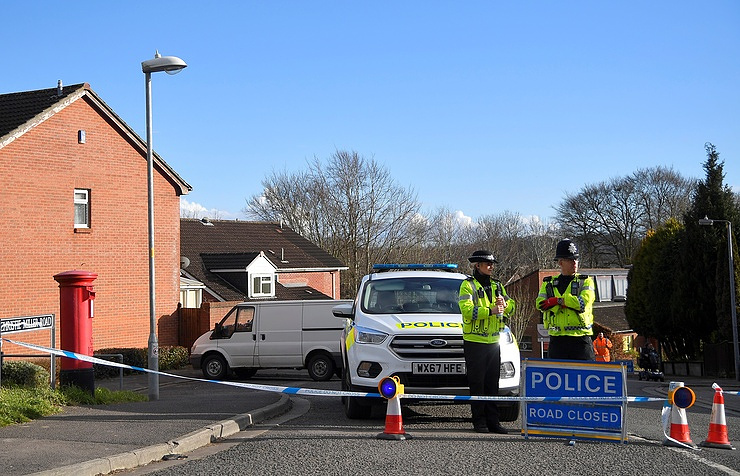 LONDON, March 9. /TASS/. The investigation into the poisoning of former GRU Colonel Sergei Skripal and his daughter Julia goes according to the script of the case of ex-FSB officer Alexander Litvinenko, who was poisoned in London in 2006. A message posted Friday on Twitter page of the Russian Embassy in the UK.

“The investigation Sergey Skripal follows the script [things] Litvinenko: most of the information is classified, Russia does not receive access to materials of investigation and the ability to assess its reliability”, – says the publication.

In 2004, Skripal was arrested by the Federal security service of Russia and later sentenced to 13 years in prison for treason, stripped of all titles and awards. In 2010 it was transferred to the United States in the exchange of persons arrested on charges of espionage. In the same year eks-Colonel GRU settled in the UK. 4 Mar 66-year-old Skripal and his 33-year-old daughter Julia has been exposed to an unknown nerve agent, was discovered unconscious on a bench outside the shopping centre the Maltings in Salisbury and are now in hospital in critical condition.

Granted asylum in the United Kingdom, Litvinenko died in London on 23 November 2006. According to the examination, it occurred because of poisoning by radioactive polonium, but the circumstances of his death still not established and is controversial. The lawyers of the widow of the deceased admitted that before his death he spent several years working for the UK intelligence services (foreign intelligence MI-6) and Spain. Shortly before his death he became a British citizen.

The Financial Times earlier on Friday, citing its own sources in the field of security reported that Skripal continued to provide information to Western intelligence agencies after arriving in the UK in 2010 because of interest “for friendly [Kingdom] foreign office.”

The Russian foreign Minister Sergey Lavrov said that Russia is ready to help in the investigation of any matter, including the incident in Salisbury, turning professional channels.