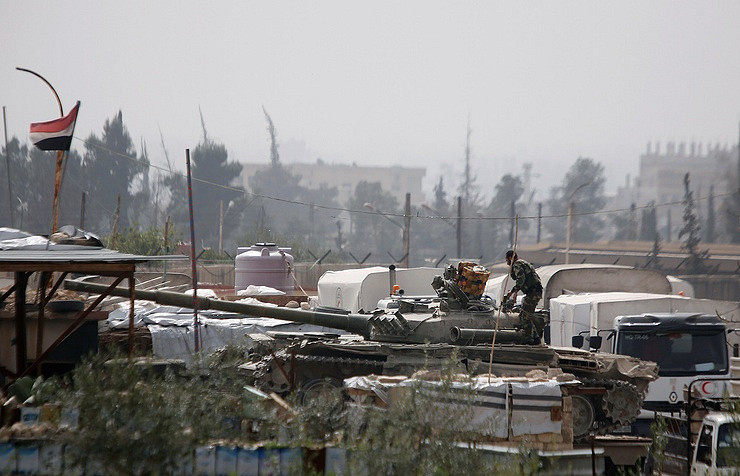 “As a result of long negotiations conducted by the officers of the TSPVS, agreement was reached on the withdrawal of the first group of militants from the area of de-escalation in Eastern Guta. From district 13 came Islamists”, he said.

According to him, the militants came without provocation. Currently, it is planned to send them in Idlib.

“The negotiation process with the participation of the Syrian government to withdraw other militants will continue,” – said Yevtushenko.

On behalf of the President of Russia Vladimir Putin in the Damascus suburb of Eastern ghouta since February 27 was introduced for a daily humanitarian pause from 9:00 to 14:00 local time (10:00 to 15:00 GMT). In the first days of the pause was broken by the militants, the terrorists have repeatedly shelled the corridor, which should be the exit of civilians. Also they keep the population in Eastern ghouta.