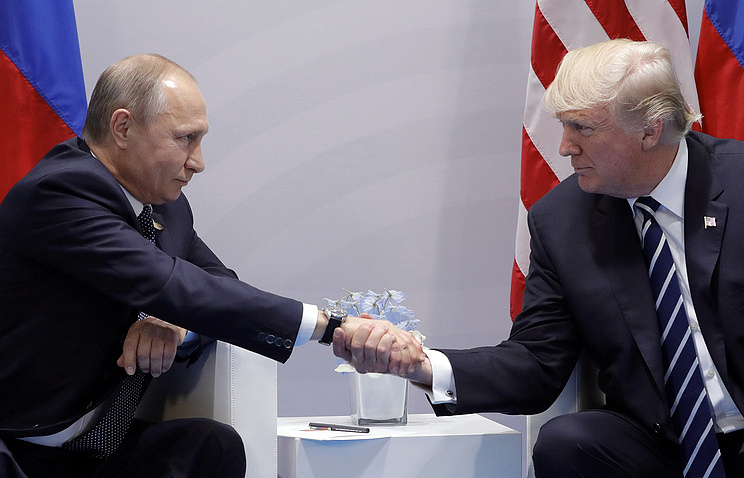 NEW YORK, March 10. /TASS/. Russian President Vladimir Putin said that he never met with the current head of the Washington administration Donald trump to participate in the upcoming elections in the United States. About the Russian leader said in an interview with NBC that aired on Friday in the English translation.

“No, I never knew him before his presidency, before he announced his candidacy [in US elections],” said Putin.

He stressed that the trump was in Russia (in 2013, the competition “Miss universe – 2013”) before he became a candidate for U.S. President from the Republican party . “I didn’t even know he was here – said the Russian President, adding that he learned about the fact of arrival of a businessman at a later date. – I had no idea that he was in Russia.”

He refuted information that allegedly met a Republican when he was in Moscow. “I haven’t even talked to him on the phone or otherwise”, – said Putin.

The Russian leader said that Donald trump is configured to normalize relations between Washington and Moscow, but there are forces that hinder him. Speaking about relations between the U.S. and Russia, Putin said: “we hung a label on you enemy. You are on the parliamentary level, at the level of Congress, made a decision, and has included Russia in the list of your enemies.”

Putin called for a normalization of relations between States. “Look, let’s sit down, talk and understand, – he stressed. – I believe that the current President wants to do it, but there are forces that do not allow him to do it.”

The President added that Russia is ready to discuss with US any questions, including those relating to missiles. “We are ready anytime to discuss any issues, including missiles, cyberspace and counter-terrorism”, – he said.