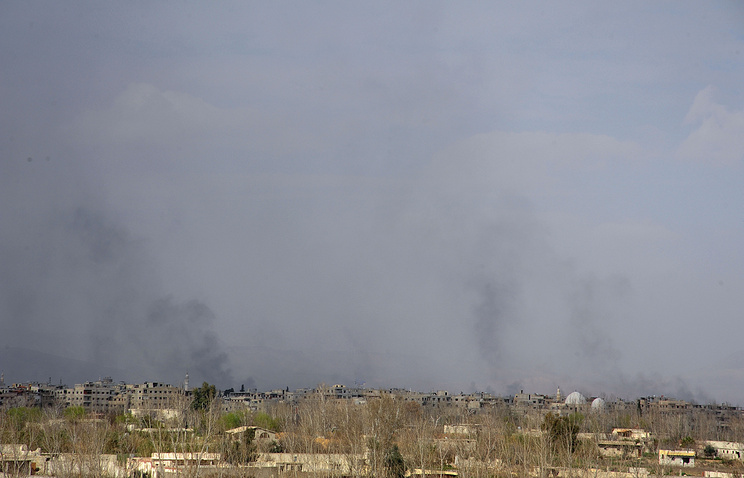 EAST GHOUTA /Syria/, March 12. /TASS/. Militant groups in Eastern ghouta began fighting each other after the requirements of the demarcation of the “Falak ar-Rahman” banned in Russia as a terrorist organization “dzhebhat an-Nusra” for further discussion of the withdrawal from the area, told journalists on Monday the representative of the Centre for reconciliation of the warring parties, major-General Vladimir Zolotukhin.

“After nomination by the center for conciliation of the warring parties of the requirements for the immediate disengagement of the group “Falak ar-Rahman” with a terrorist organization “dzhebhat an-Nusra” to discuss their further withdrawal from the area, started the opposing factions. The streets are open combat between members of illegal armed groups, civilians are forced to seek shelter to avoid becoming the accidental victims of the fighting,” he said.

On the eve of negotiations between representatives of the Centre with the leaders of illegal armed formations “Falak ar-Rahman”, which was put forward the corresponding requirement.