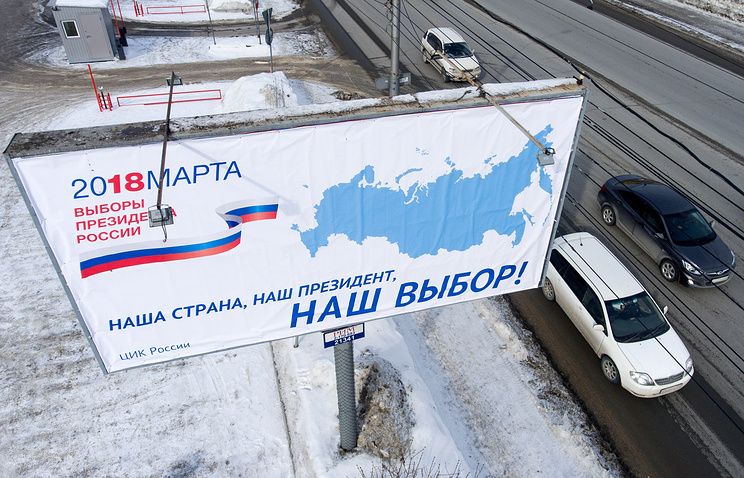 MOSCOW, March 12. /TASS/. Representatives of non-profit organizations (NPOs) plan to spend more than 60 stocks in each district of Moscow, urging them to vote in the election of the President of the Russian Federation on March 18. This was announced during the meeting with NGO representatives the Chairman of the Moscow electoral Commission Valentin Gorbunov.

“Your initiative in the last days before the election once again to explain to people the importance of the upcoming elections, and sometimes even convince to go to the elections, when the fate of the whole country for the next six years. I think you also feel that personal interaction people don’t have enough. If any help these days you will need – our doors are always open, always happy to help,” – said Gorbunov.

As specified in the handouts for the event, on the eve of the vote, the social activists took the initiative to organize more than 60 actions under the slogan #Aviviruses in each district of Moscow. The leaders of 48 NGOs will inform the public about the need to come to the polls on voting day and make your choice. The action has joined more than 3 thousand representatives of NGOs.

The representatives of the NGOs, in turn, asked the head of the Moscow electoral Commission to consider the possibility to provide space for the gathering of public men. Gorbunov invited the activists to use for this purpose in the office building of Mosgorispolkom.

In turn, the Chairman of the Commission of Moscow city Council on social policy and labour relations Michael Antontsev has proposed NGO room in the House of Unions.