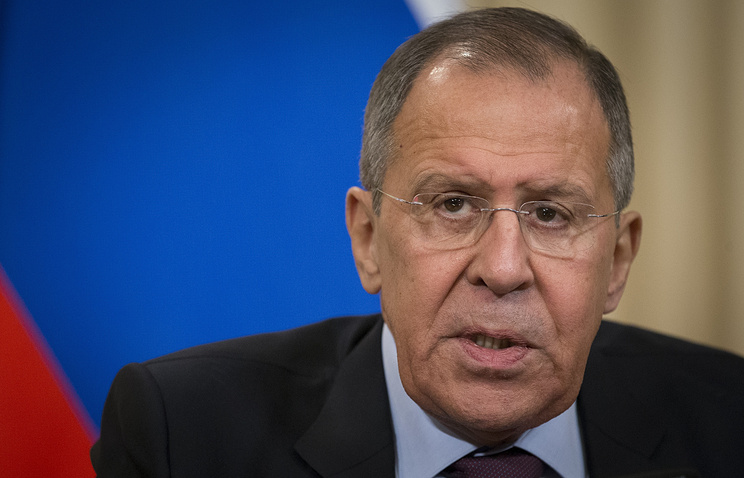 MOSCOW, March 13. /TASS/. Russia did not receive from great Britain a request for the substance allegedly used in the poisoning of the former GRU Colonel Sergei Skripal and his daughter Julia. This was stated on Tuesday by Minister of foreign Affairs of Russia Sergey Lavrov.

According to him, under the Convention for the prohibition of chemical weapons, the UK was obliged immediately to appeal to the country, a suspect in the use of the substance.

“In this case, the requested party has the full right to access the substance, the use of which there is a speech, to be able to conduct its own analysis on this substance, – said the Minister. – As soon as there are rumors, fanned by virtually all members of the British government on account of the fact that the poisoning Skripal involved a substance produced in Russia, we immediately requested an official note access to this substance, so that our experts could perform it.”

“In the same note, we were required to provide us access to all the facts related to the investigation, given that one of the victims is Julia Skripal – a Russian citizen. These are absolutely legitimate requirements we have obtained the vague answer, which is that in these legitimate demands have been denied to us”, – noted the Minister of foreign Affairs of the Russian Federation and called on London to respect its obligations, “before you put ultimatums”.

The Minister said that Moscow will respond to the request of London otraslyam substance, if it is directed in accordance with the provisions of the Convention on the prohibition of chemical weapons. “If those procedures provided for in the Convention are fulfilled, I assure you that Russia will fulfill its obligations and respond to the request in the time allowed to prepare a response,” – said the Minister of foreign Affairs of the Russian Federation. Earlier, Lavrov pointed out that to answer this question, the Convention provides for 10 days.

The foreign Minister stressed that Russia has no relation to the poisoning of ex-GRU Colonel and his daughter. “We have already made a statement that this is all bullshit. We have nothing to do with this idea”, – he said, answering a question from a British journalist about the involvement of the Russian Federation. In addition, Lavrov drew the attention of the media to the fact that the blogosphere’s statements “turn on your head.”

“As in the case of [Alexander] Litvinenko (the former FSB officer poisoned in London in 2006) when we started to cooperate with the investigation, and then it was classified. We were told that it is not possible to provide all the information. And now it all begins. Give nothing to us in response to our appeal”, – said the Minister.

He also advised a British reporter to elaborate on his response to the question: “Russia is not guilty and is ready to cooperate in accordance with the Convention on the prohibition of chemical weapons, if the United Kingdom will bother and will condescend to honour their international legal commitments in the same document.”

The Prime Minister of great Britain Teresa may 12 Mar accused Russia of involvement in the poisoning Skripal and his daughter, calling the incident “indiscriminate and irresponsible action against the United Kingdom”. According to her, the fighting nervously-paralytic substance was developed in Russia.

A former GRU Colonel Sergei Skripal and daughter Julia on March 4 was exposed to an unknown nerve agent. They were found unconscious on a bench outside the shopping centre the Maltings in Salisbury. They are in the hospital in critical condition.