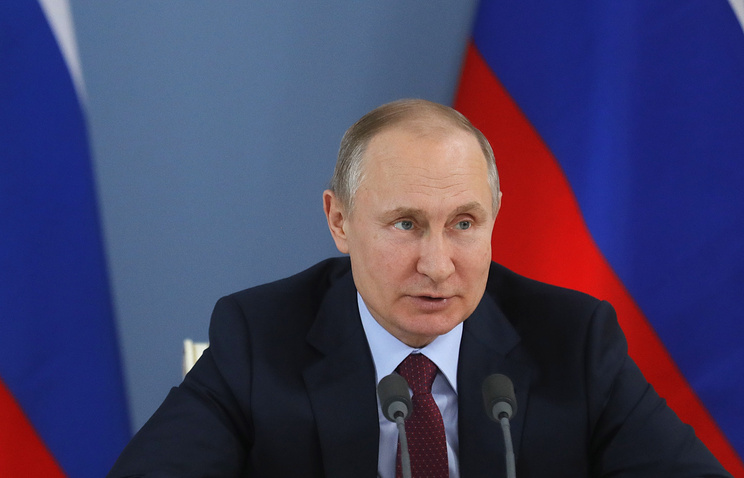 MOSCOW, March 13. /TASS/. The President of the Russian Federation Vladimir Putin will make March 14 a working visit to several regions of the southern Federal district – Krasnodar Krai, Republic of Crimea, Sevastopol. During the visit the President will visit the construction of Crimean bridge and examine new air terminal complex of the international airport Simferopol.

As has informed on Tuesday a press-service of the Kremlin, the President will also visit Sevastopol.

Construction of Crimean bridge began in February 2016. It is the longest bridge in Russia and Europe, its length will be 19 km. are built Parallel to the road and rail parts. To date, completed construction of the main structures of the road part, is laying asphalt pavement, installation of barrier fencing and lighting poles. The facility employs more than 10 thousand builders. On schedule delivery road side of the Crimean bridge is scheduled for December 2018, the railway – at the end of 2019.

The passenger terminal of the international airport Simferopol area of more than 78 thousand square meters began in may of 2016. It will accommodate 7 million passengers per year, expandable to 10 million In operation will also be introduced refurbished and extended runway with new taxiways paths. Work is scheduled to be completed by the summer tourist season 2018.