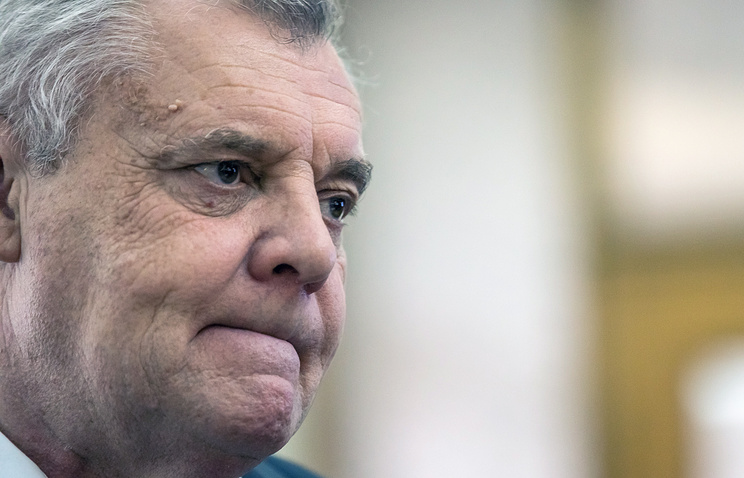 SIMFEROPOL, March 13. /TASS/. The Chairman of the electoral Commission of Crimea Mikhail Malyshev regarded as an error the statement of the EU high representative for foreign Affairs and security policy Federica Mogherini on recognition by the European Union election of the President of the Russian Federation on the Peninsula. Before Mogherini at the joint press conference with President of Ukraine Petro Poroshenko in Kiev said that the EU does not recognize presidential elections in Crimea to be held on March 18, 2018.

“According to the statement of Mogherini. It seems to me that quite mistakenly that statement. And the error lies in the fact that she apparently doesn’t want (to understand) and does not understand that Crimea is part of Russia”, – said Malyshev reporters on Tuesday.

In his opinion, the statements of the representatives of the EU will not affect the elections in the region, and over time their position has not changed.

“How, then, it will be on a national scale be considered? What will they say that all elections are invalid? Crimea is part of Russia, then the elections will be held in Khabarovsk territory, as on Kamchatka, in Syktyvkar there are no questions, and I think that over time this error they will correct,” says Malyshev.

He recalled that the numerous statements on the invalidity of elections in Crimea and sound from the Ukraine, but they, according to him, did not affect the preparations for the elections and will not affect their conduct. “As for the Ukrainian statements about an unlimited number of criminal cases (in connection with the elections of the RF President in the Crimea) or that they will apply to the various authorities, I consider as the seasonal exacerbation of the Ukrainian politicians It had no impact on the preparation of elections and will not affect the single voting day, let him speak thus, they are trying to remind myself,” – said Malyshev.

Presidential elections will be held in Crimea for the first time, March 18 in the Republic will open approximately 1.2 thousand polling stations will be able to vote to about 1.5 million people in the region. The Crimean Peninsula became part of Russia after March 16, 2014 the authorities of the Crimea and Sevastopol held a referendum on reunification with Russia, after the February coup in Kiev. For reunification expressed 96.7% of residents of Crimea and 95.6% of Sevastopol citizens (the turnout was 80%), 18 March the President of Russia signed the Treaty on admitting Crimea and Sevastopol to Russia, 21 March the document was ratified by the Federal Assembly.