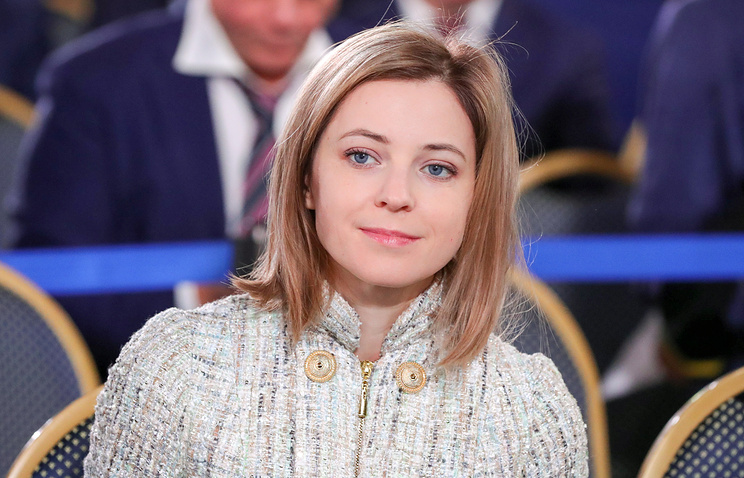 YALTA, March 15. /TASS/. The Deputy of the state Duma Natalia Poklonskaya advised the representatives of the State Department to visit the Crimean Peninsula before you claim that Crimea is Ukraine. She stated this on Thursday in Yalta.

On Wednesday, the head of the press service of the Department of state Heather Nauert, now performing as acting assistant Secretary of state for public diplomacy, released a statement outlining Washington’s intention to maintain anti-Russian sanctions imposed against Russia after the reunification with Crimea. In addition, according to Nauert, Putin during his visit to the Crimea “repeated false claims of Russia on the Ukrainian territory”. In the state Department regarded it as “an open admission of neglect by the Russian government in the international order and the territorial integrity of sovereign countries”. The referendum 2014 in the document called “illegitimate and unsubstantiated”.

“Well, come join us, no need to fear us. Just come and see… let’s See how is today Crimea, as the construction is organized, what facilities are built, the roads, [the Crimean] bridge… I don’t know how else to prove the truth, this is impossible when say black is white,” Poklonskaya said, commenting on statements by the state Department.

In her opinion, such statements do not seem funny. “From the outside it does not look funny and silly, they [state Department spokesman] look silly. Not to such an extent not to respect the right of people to disregard other countries, to other people, to us – residents of the Crimea. Why should we listen to the nonsense from the mouth of a representative of the state Department and respect, listen to their words,” said the MP, who before election as the Deputy of the state Duma headed Prosecutor’s office of Crimea.

On the eve of the fourth anniversary of the referendum on the reunification of the Crimea with Russia, the Russian President made a trip to the Krasnodar region and on the Peninsula. The head of state reviewed the situation in the development of transport infrastructure in the region and expressed the hope that its most important component – the Crimean bridge – will be launched ahead of schedule, by the beginning of the holiday season. During the visit, Putin also took part in the rally in Sevastopol, dedicated to the anniversary and thanked the Crimeans for their decision in 2014 on joining the Russian Federation.