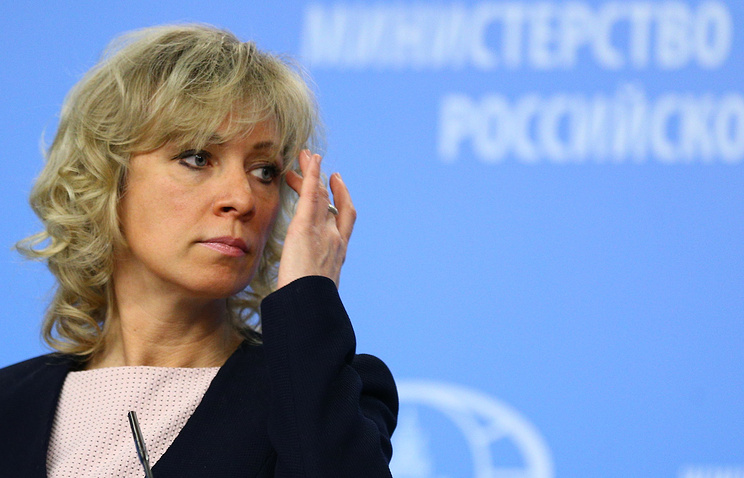 MOSCOW, March 15. /TASS/. London has something to hide in the case of poisoning ex-GRU Colonel Sergei Skripal, who was sentenced in Russia for espionage in favour of great Britain. On Thursday on his page in the network Facebook wrote the official representative of Russian foreign Ministry Maria Zakharova, commenting on the words of the head of the British defense Ministry Gavin Williamson, advised Russia “to step aside and shut up”.

“What else can be said by the Minister of defence of the country, which hides the circumstances of the use on its territory of chemical weapons and does not want to convey the information, as required by the Convention for the prohibition of chemical weapons? London has something to hide. Partners are nervous,” wrote the diplomat.

Earlier on Thursday, Williamson, speaking in a keynote speech at the analytical centre of the English city of Bristol, invited Russia to “step aside and shut up” and not respond to the attempted London on business Skripal action.

March 4, Sergei Skripal and his daughter Julia living in the UK have been exposed to nerve agents. The British Prime Minister, Theresa may, accusing Russia of “unlawful use of force” in the Kingdom, announced the expulsion of 23 Russian diplomats and other measures against Moscow. The Russian side has categorically denied any involvement in the incident and announced the imminent adoption of retaliatory steps.