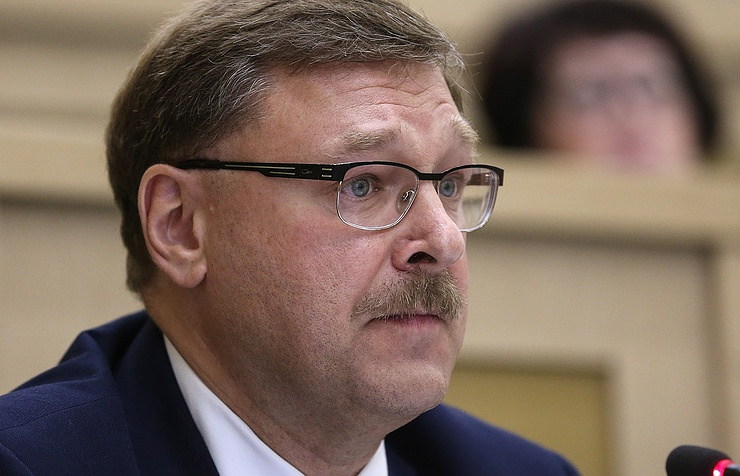 MOSCOW, March 16. /TASS/. The head of the Federation Council Committee on international Affairs Konstantin Kosachev considers that the infringement of the rights of Russians in Ukraine, which the authorities intend to avoid in the Embassy to vote in the election of the President of the Russian Federation, it is necessary to state at all international forums, including the UN, the OSCE and the Council of Europe.

“Yes, the right of citizens of the Russian Federation on the territory of Ukraine continued to shamelessly and consistently violated, and the denial of access of these citizens to the territory of their own country (this is defined under international law the status of diplomatic missions) would be another clear proof of that. And about this threat to democracy and civil liberties is necessary to declare in a loud voice at all international forums, including the UN, OSCE and Council of Europe,” Kosachev wrote on his page in Facebook.

In his opinion, the statement of the interior Minister of Ukraine Arsen Avakov means that Ukraine cannot or does not want to fulfil its international obligations. “Both equally bad and the full extent is evidence of the continuing degradation of the Ukrainian statehood”, – said the Senator.

The MP noted that to ignore direct threats to the security of citizens of the Russian Federation “in terms of the predictable atrocities of the Ukrainian nationalists who actually got now it the go-ahead and a license from the Ukrainian Ministry of internal Affairs, it would be no less dangerous,” and this danger, according to the Senator, should be considered. In this situation, paramount is the question of security of the Russian citizens, believes Kosachev. “In the past, and especially now citizenship of each of those who made the decision to come to the stations in this country, deserves our full respect as an act of personal courage and the highest degree of patriotism regardless of the political position”, – said the head of the international Committee of the Federation Council.

He added that to date, through diplomatic channels from Kiev officially confirmed that voting in the election of the President of Russia for Russian citizens is possible and can be arranged without obstruction, subject to the conditions of security.

On Friday, the head of the MIA of Ukraine Arsen Avakov said that Russian citizens with the exception of persons with diplomatic status will not be allowed into the Russian Embassy to vote in the election of the President of the Russian Federation on March 18. Avakov also said that on Friday the interior Ministry had summoned charge d’affaires of Russia in Ukraine, it was reported that the official position of the Ukrainian side.