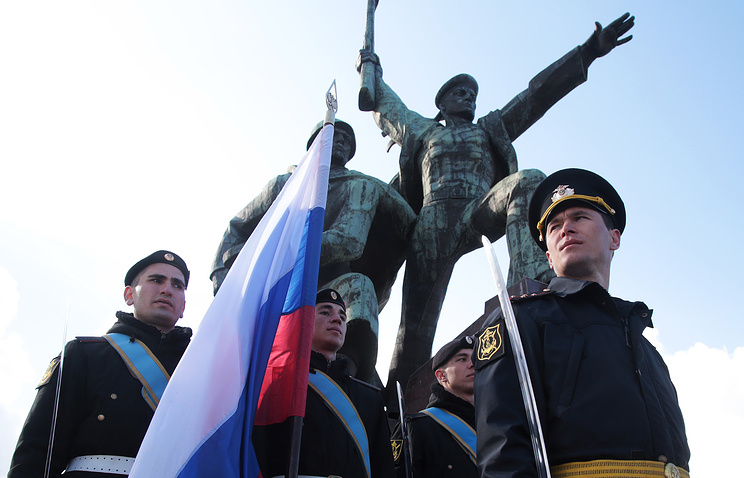 UN, March 16. /TASS/. Russia is proud of for conducted in 2014 in the Crimea the referendum, the results of which the Peninsula returned to Russia. This was stated on Thursday by Deputy permanent representative of Russia to the UN Dmitry Polyansky at the meeting in the headquarters of the world organization organized by supporters of Kiev on the occasion of the fourth anniversary of the events that led to the reunification of the Crimea with Russia.

“For those who are not very well understood, I want to say that we are proud to have done four years ago. Believe that it was right. The number of constructed roads, bridges and power plants happiness, of course, can not be measured. All those gathered here want to say one thing: if you really want to understand what is happening in Crimea, you can come and see it with your own eyes”, – the diplomat said.

Informal meeting with members of the UN Security Council was held on the initiative of great Britain, Poland, the United States and Sweden. Representatives of Western countries at the meeting once again accused Russia of the annexation of the Peninsula and the violation of the rights of its inhabitants, and the Deputy foreign Minister of Ukraine Olena zerkal argued that Moscow “turns the Crimea in a huge military base” and uses it “as a springboard for military intervention” in other countries. “Syria is one of the recent examples,” she said.

Responding to the accusations of Kiev and his supporters, Polanski said that “those who speak about the annexation of Crimea, ignoring the legitimate right of the residents to determine their own destiny.” According to him, “the loss of Ukraine’s territorial integrity was the result of internal processes to which Russia has nothing to do”.

As stated by first Deputy permanent representative of the Russian Federation, in Moscow “have simply ceased to pay attention to” stories that are spread in Kiev and in the West. According to him, the reality on the Peninsula is developing infrastructure and improving the quality of life of citizens. He cited evidence that wages in the Crimea has increased by 60%, and pensions – twice.

“Even if all that I listed, with the Crimea after reunification with Russia did not happen, I only had to say today about our main achievement is that we were protected, saved the life of 2.5 million people. They have the opportunity to develop and obtain education for their children in the language in which they want to – whether it be Russian, Ukrainian or Crimean Tatar,” – said Polanski.

He invited his colleagues to perceive it “as a textbook example of the successful prevention of conflict and the promotion of free expression of will of citizens.” “Because that is what is called today the main priority of the UN,” the diplomat said.

After a coup in Ukraine in February 2014, the authorities of the Crimea and Sevastopol held a referendum on reunification with Russia. It was attended by more than 80% entitled to vote for reunification with Russia voted 96.7% and 95.6%, respectively. March 18, 2014 the Russian President signed a Treaty accepting the Republic of Crimea and Sevastopol into the Russian Federation, and on March 21 it was ratified by the Federal Assembly. Despite the strong results of the referendum, Kiev refused to recognize Crimea part of Russia.