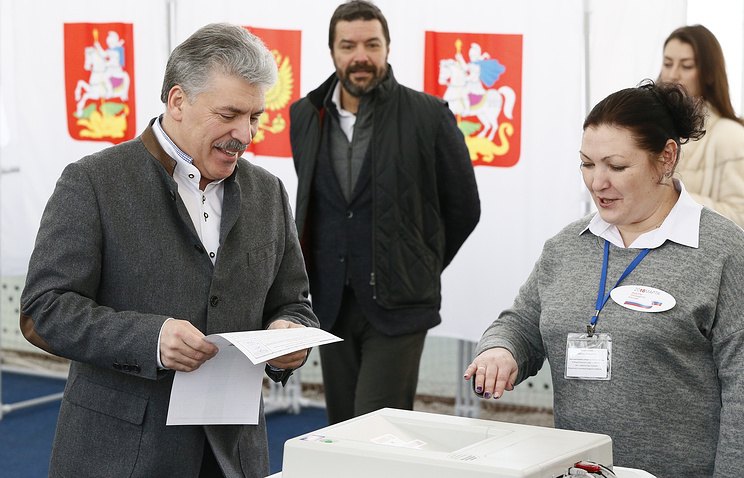 MOSCOW, March 18. /TASS/. The candidate in presidents of Russia from the Communist party and the people’s Patriotic forces, the businessman Pavel Grudinin voted on Sunday in presidential elections.

Grudinin gave his vote at the polling station №1306, located in the “state Farm Lenin”, whose Director he is. From any comments, the presidential candidate from the Communist party abstained, saying only to reporters that his mood is “great.”