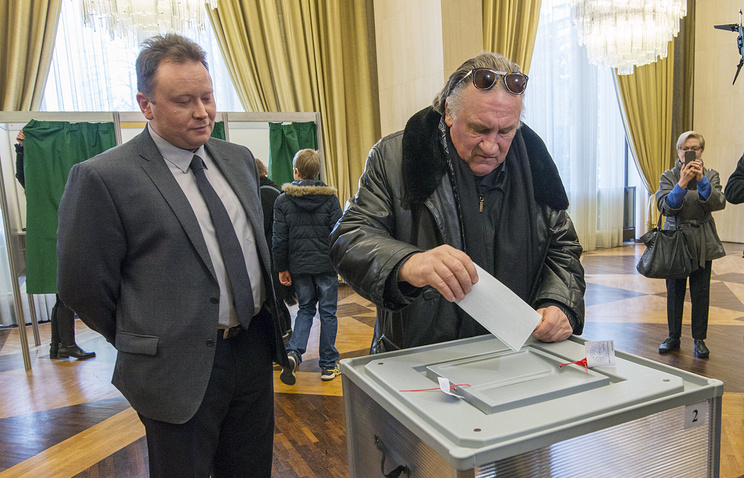 PARIS, March 18. /TASS/. French actor and Russian citizen Gerard Depardieu voted in the presidential elections of the Russian Federation. He came in on Sunday morning to the polling station, organized in the building of the Russian Embassy in Paris.

Asked by journalists about what feelings he performs his civic duty, Depardieu said: “With patriotism and love to Russia.”

During his career, Depardieu, who is now 69 years old, starred in about 200 films, including in Russian-French film about Grigory Rasputin played in the theater. He was awarded various prizes, including a Golden globe, the awards of the Venice and Moscow international film festivals.