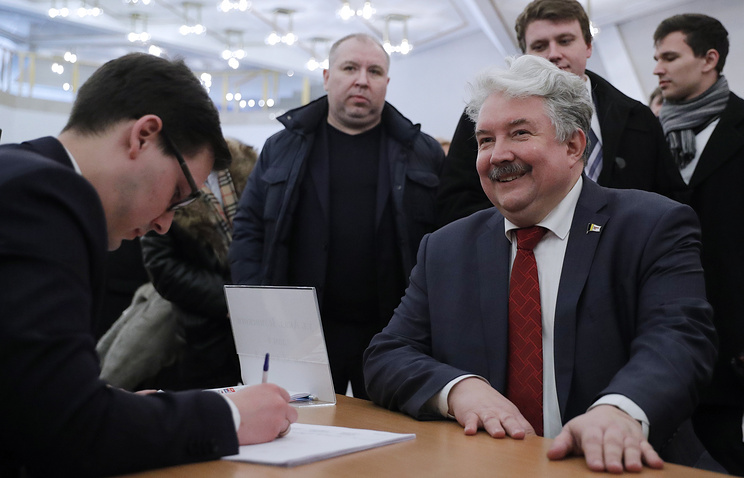 MOSCOW, March 18. /TASS/. Former Deputy speaker of the state Duma Sergey Baburin, nominated as a candidate for the presidency of the Russian party “Russian national Union”, voted in the presidential election in Moscow.

The presidential candidate family came to the polling station No. 2151 in the Russian Academy of Sciences on Kosygina street.

Earlier on the same site have voted the incumbent President of Russia Vladimir Putin and the first Vice-speaker of the state Duma, President of the ROC Alexander Zhukov.