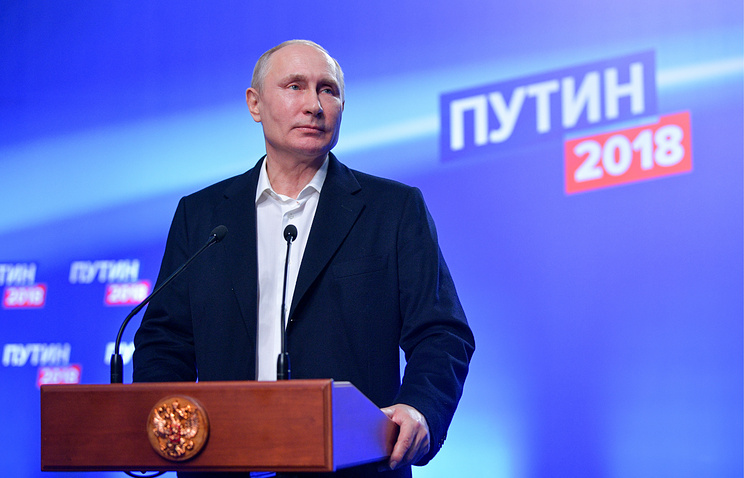 MOSCOW, March 19. /TASS/. Russia’s President Vladimir Putin is leading in the presidential elections, gaining 75,91% after treatment 70,02% of final protocols of precinct election commissions. Relevant information was published by the CEC.

The fourth position holds the candidate of the “Civil initiative” Ksenia Sobchak from 1.48%.