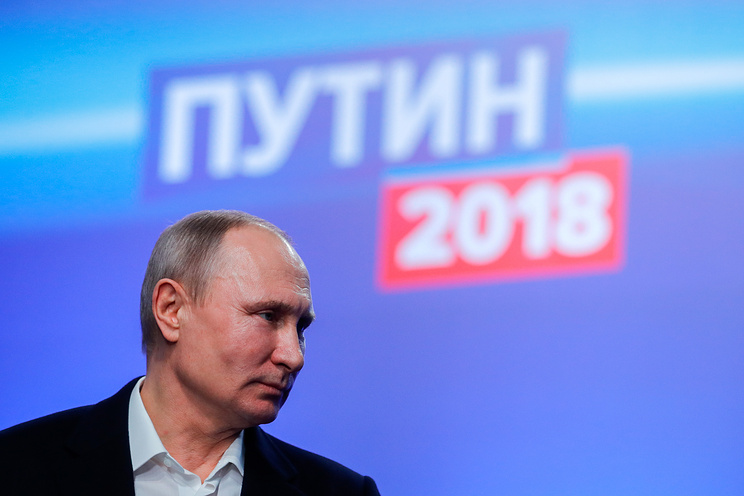 MOSCOW, March 19. /TASS/. Russia’s President Vladimir Putin is leading in the presidential elections, gaining 76,18% of votes after processing of 80% of final protocols of precinct election commissions. The candidate from the Communist party Pavel Grudinin ranked second with 12.3% of votes in third place – the candidate from LDPR Vladimir Zhirinovsky from 5.98% of the vote. Relevant information was published by the CEC.

The fourth position holds the candidate of the “Civil initiative” Ksenia Sobchak from 1.53% of the vote. It is followed by Grigory Yavlinsky (Yabloko) to 0.92%, Boris Titov (Batch growth) with 0.70%, Maxim suraykin (“Communists of Russia”) of 0.67%, Sergei Baburin (party “Russian national Union”) of 0.64% of the vote.

Compared with the data processing 70% of the protocols the result of Putin has improved slightly from 75,91%. The results Grudinina and Zhirinovsky have slipped a bit: they had of 12.59% and 6,08% of the votes respectively.

The result of Sobchak has improved: after treatment 70% of the protocols she had a 1.48 per cent of the votes. Also increased the preliminary results Yavlinsky, who was 0,88%, Titova (0,68%), Suraykin (0,66%). Preliminary result of Baburin in the elections remains unchanged.