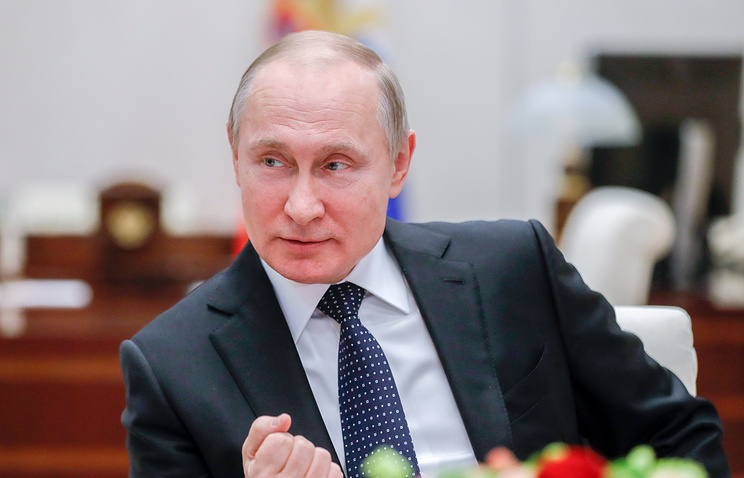 MOSCOW, March 18. /TASS/. Russian President Vladimir Putin learned about the case of Sergei Skripal from the media, said that Russia has no such toxic assets.

“As for the tragedy, about which you said, I learned about it from the media and the first thing that comes to mind that if it was a chemical warfare agent, people certainly would have died on the spot, it is an obvious fact, it is necessary to understand, – he said. – Russia has no such means, we are all our chemical weapons destroyed under the supervision of international observers”.

The President added that Russia was the first country which got rid of chemical weapons in contrast to partners who promised to do it, but its commitments are not kept. “We are ready to cooperate, we said, and prepared to participate in the required investigation, but it needs to be interest from the back side. We do not see,” – he stressed. The head of state said that does not remove from the agenda the possibility of joint work.

According to the Russian leader, in General the situation for any reasonable person “is complete nonsense”. Putin said that, in his opinion, it is nonsense, “someone in Russia afford such antics on the eve of the presidential elections and the world Cup”. “It’s inconceivable”, he said.

However, despite the difficulties, the President expressed readiness to continue collaboration with Western partners, to “discuss any issues and overcome any difficulties.”

On March 4, former GRU Colonel Sergei Skripal, sentenced in Russia for espionage in favour of great Britain, and his daughter Julia have been exposed to nerve agents. They were found unconscious in Salisbury, (140 miles from London), now both are in hospital in critical condition.

The British authorities accused Russia of involvement in the poisoning, but any evidence was not presented. Prime Minister Theresa may announced on 23 expulsion of Russian diplomats and the suspension of bilateral contacts at a high level. The Russian side has categorically denied any involvement in the incident and announced the adoption of retaliatory steps, including the expulsion of British diplomats in the near future.