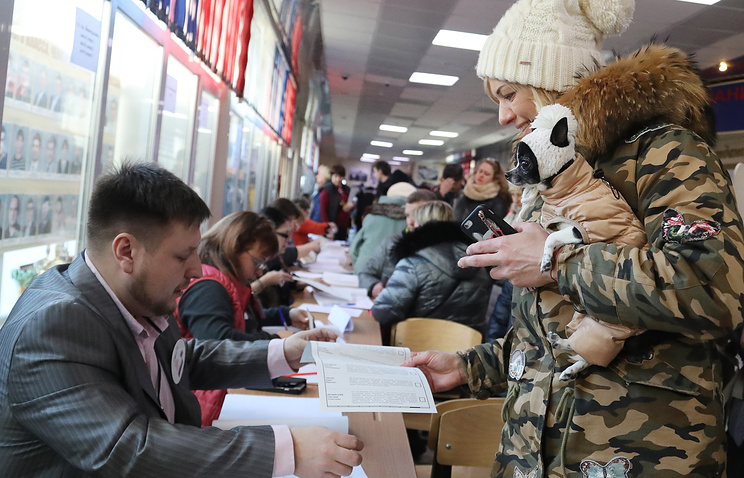 MOSCOW, March 18. /TASS/. The turnout in the presidential elections of the Russian Federation 12:00 MSK amounted to 34,72%. This was stated on Sunday by the Chairman of the Central electoral Commission Nikolay Bulaev.

As reported by the all-Russia centre of studying of public opinion, 12:00 GMT part in actipole polls (exit polls from polling stations) took more than 84.7 thousand people, estimate of turnout was 26.3%.