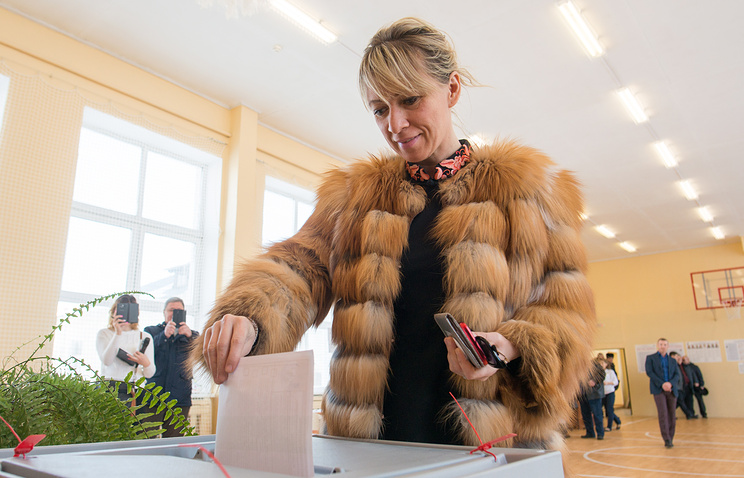 MOSCOW, March 19. /TASS/. The turnout at polling stations abroad voting in the presidential election was unprecedentedly high, said the official representative of the Ministry of foreign Affairs of Russia Maria Zakharova, the TV channel “Russia 1”.

“There is unprecedented voter turnout in our missions abroad, in polling stations formed in our embassies, consulates General, she said. The work was conducted in close conjunction with the Central election Commission, we organized an additional, a large number of polling stations, exit polls in those places where there was never organized the vote.”

“Was the footage of Phuket, a 40-degree heat, people stand in line. Germany: the opposite – cold, and people are in the queue. These frames and videos a huge amount. It’s fantastic,” he said.

Zakharov noted that the preparation for the day of voting was conducted long before the election campaign to determine in which regions the voting period will be the largest number of Russian tourists and Russians working on contracts.

She added that special attention was paid to the establishment of polling stations in the Syrian Arab Republic. “Now there is Syria, where the presence of our military specialists, and at such points where it was needed, specially organized additional opportunities to vote. There the vote was conducted in advance,” she said.