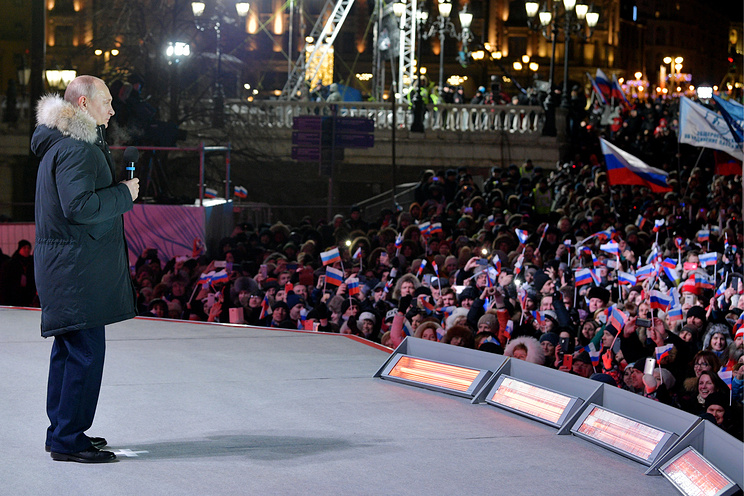 MOSCOW, March 19. /TASS/. More than 55 million Russian citizens cast their votes in the election of the President of Russia for the country’s leader Vladimir Putin. This is evidenced by data the CEC of the Russian Federation.

Putin takes part in the presidential elections for the fourth time.