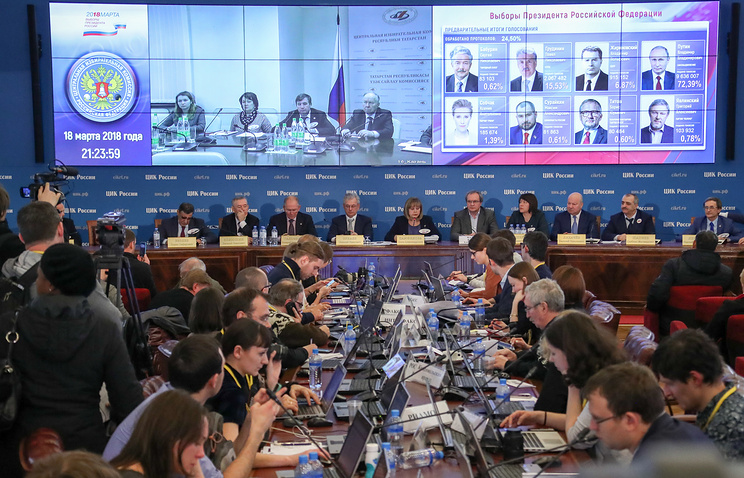 MOSCOW, March 19. /TASS/. Voter turnout in the elections of the President of Russia amounted to, according to preliminary data, 67,4%. It follows from the data as of 06:52 GMT on Monday on the website of the CEC.

The Central election Commission of Russia on Monday continues to sum up the results of the 18 March presidential elections. At the moment (07:37 MSK) processed 99.79% of protocols of precinct election commissions, according to preliminary results of voting, the winner Vladimir Putin from 76.67%.

Previously Deputy Chairman of the CEC of the Russian Federation Nikolai Bulaev said that after treatment 95% of protocols, the turnout was more than 67%.

According to the CEC at 06:52 MSK total number of voters included in the lists, provided that the data from all sites are processed amounted to 108 million 425 thousand 196 people.

The total number of issued ballots – early, in the premises for voting outside voting premises on 18 March – was 73 million 136 thousand 207.

Thus, voter turnout is 67,45%. The final vote is not yet announced.