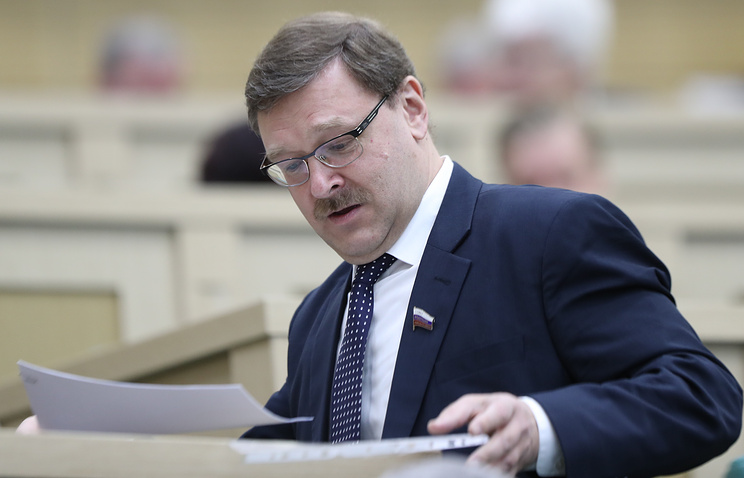 MOSCOW, March 19. /TASS/. The Federation Council is preparing a statement in connection with the situation in Ukraine related to the non-admission of Russian citizens to the polling stations on elections of the President of Russia. This was stated on Monday the head of the Federation Council Committee on international Affairs Konstantin Kosachev.

“As the situation unfolded yesterday, we are now preparing the appropriate text,” – said Kosachev.

Later Kosachev told journalists that the Federation Council may on Wednesday in plenary to consider the draft statement of violation in Ukraine of the rights of citizens to vote in the election of the Russian President. “We will tomorrow propose to the Council chamber to put the issue to the plenary session on Wednesday,” he said.

Ukrainian nationalists March 8 said that it would thwart the vote on the election day of the President of the Russian Federation on areas, organized in the diplomatic missions of Russia in the country. Later, interior Minister Arsen Avakov reported that security mode “will not include March 18, access to these objects of Russian citizens to vote”. Sunday voting in diplomatic missions of Russia in Ukraine was derailed and security forces, and the nationalists on the areas missed exclusively of diplomats. Russian citizens in Ukraine has not had the opportunity to cast their vote.

Earlier, the speaker of the Federation Council Valentina Matviyenko said that parliaments are preparing appeals to the OSCE Parliamentary Assembly and other international organizations.