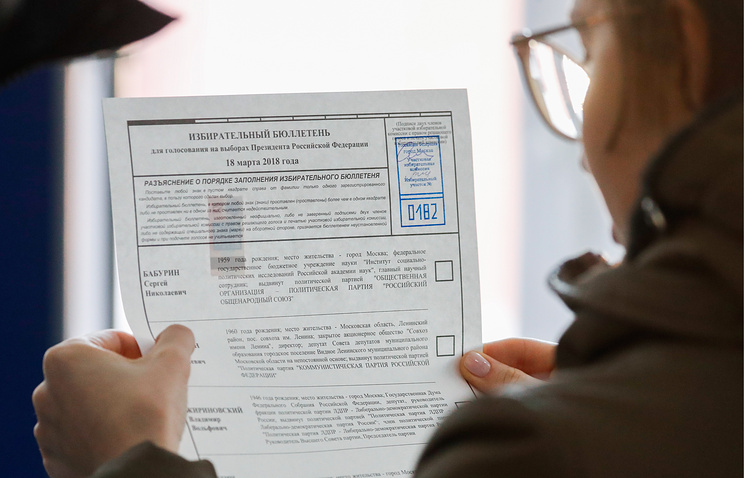 MOSCOW, March 19. /TASS/. Voter turnout in presidential elections, according to preliminary data, of 67.49%. This was reported to journalists the Deputy Chairman of the CEC of the Russian Federation Nikolay Bulaev.

Bulaev noted that gas “Vybory” is left to enter the details of two protocols of precinct election commissions in Russia and 97 polling stations abroad.