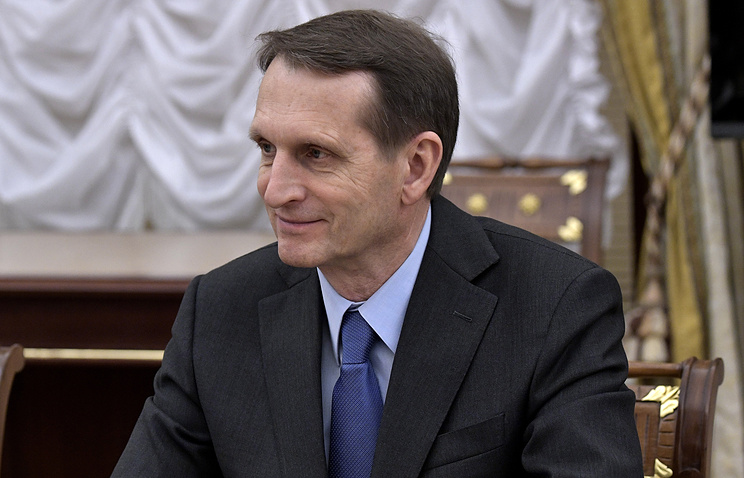 MOSCOW, March 20. /TASS/. Crimea for four years in sotave Russia was the way the magnitude of which eclipses the 23-year-old period after the collapse of the Soviet Union, said on Tuesday Chairman of the Russian historical society (RIO) Sergey Naryshkin at the round table dedicated to the anniversary of the referendum on the reunification of Russia and Crimea.

“Over the past four years, the Peninsula was a way, without exaggeration and hype, much more ambitious and successful than in the previous 23 years. A significant step in the socio-economic, socio-political, cultural development. The Ukrainian period, I would like to stress this point, will remain an integral part of the history of the Crimea, and the people’s assessment of this period has already been given in March 2014 at the referendum,” he said.

The event was a presentation of two volumes of “History of Crimea”, developed by the Institute of Russian history. Extensive academic research has reflected all periods of the history of the Crimean Peninsula, beginning with the Paleolithic era and ending with the events of “Crimean spring”.

“Academic historians live in a society and feel the demands of society. The query at the history of Crimea appeared four years ago, and we responded to it. History of this region is amazing and has many thousands of years. This is a huge crossroads of history and culture of different peoples”, – said the Director of the Institute Yuri Petrov.

Also, the participants of the round table was presented a documentary film by Vice-rector of MGIMO Eugene Cookina “Ismail and his people”, dedicated educator, publisher, and writer Ismail Gasprinskiy, which introduced the concept of “Russian Muslims” and “Russian Islam”.