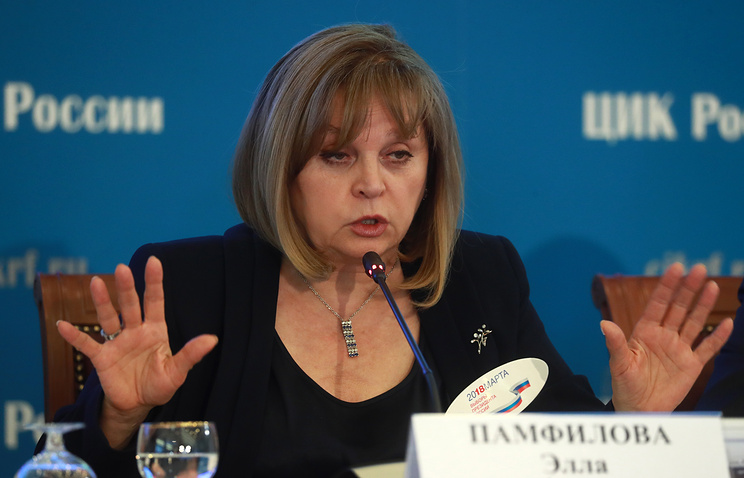 MOSCOW, March 20. /TASS/. The Chairman of the CEC of the Russian Federation, Ella Pamfilova called the blatant lies of the state Department’s statement that monitoring for the elections of the President of Russia allegedly were not allowed 5 thousand media representatives wishing to obtain the status of independent observers.

“This is an absolute lie illiterate,” she said on Tuesday at a seminar for observers in the Public chamber of the Russian Federation.

“We did not refuse anyone. We said no for whom barriers if within the law someone wants to watch, including the most nanopositioner figures, please follow the necessary procedures and we will ensure that you will be watching,” – said Pamfilova.

As a result, according to her, “everyone who wanted those in the areas observed”. In particular, said the head of the CEC, over 50 people representing opposition groups, “went to Chechnya to see what and how, whole and healthy back” and has not yet been any comments.

On the eve of elections of the President of the Russian Federation head of the press service of the Department of state Heather Nauert wrote on his Twitter page that “the decision of the Russian Central electoral Commission to refuse to grant the status of independent observers more than 5 thousand representatives of the media shows that authorities in the Kremlin are afraid of openness before the elections on 18 March”.

This statement was made despite the clarification given by the CEC, explaining the decision not to allow observers from the media activists of the opposition – the representatives created by supporters of Alexei Navalny edition of “Leviathan” and “Lightning,” in which work representatives of the movement “Voice.” In particular, as explained TASS Secretary of the CEC, Maya Grishina, a CEC was not accredited to them because of the false information in the applications. In addition, she drew attention to such institution as “observers from the media,” basically does not exist.

Presidential elections were held on 18 March. According to the latest preliminary data of the CEC, incumbent President of Russia Vladimir Putin wins the presidential election, gaining 76,66% after processing of 99,84% of final protocols of precinct election commissions, the voter turnout was 67,74%. Pamfilova stressed that serious complaints during the election day was not recorded.