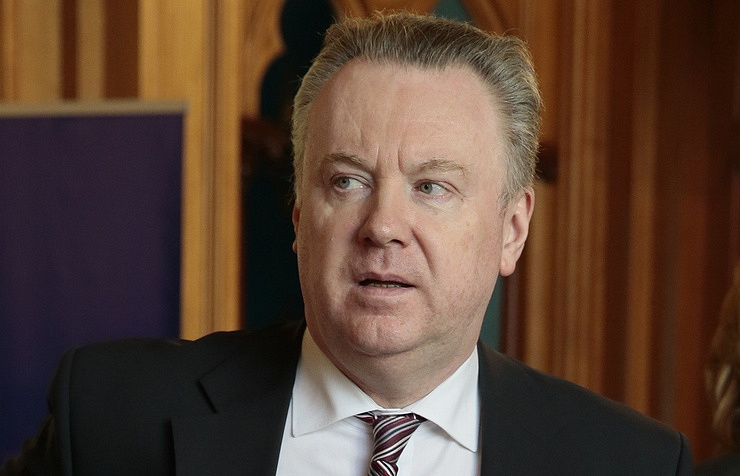 MOSCOW, March 21. /TASS/. The US on the issue of the crisis in Ukraine are guided by political expediency rather than objective. About it in interview to “the Russian newspaper” said, Russia’s permanent representative to the OSCE Alexander Lukashevich.

“We need to keep in mind that the position of the US and those who come in their footsteps, does not imply any objectivity on the Ukrainian crisis. They are guided only by political expediency as they understand it. First and foremost, it is an attack on Russia. If you listen to Americans, Kyiv flawless, even supposedly demonstrates “a strong will” to implement the Minsk agreements”, – he said.

Evaluating the position of the EU countries, the diplomat noted that “there is also a group of apologists of the regime in Kiev, which blocks public displays of criticism against Kiev.” However, he noted that “the truth gets out”, including “thanks to the reports of observers of the OSCE SMM”.

Lukashevich also said that Russia “is actively using the OSCE for criticism of Kiev for provocative actions”. “Sane States of the OSCE participating can hear this, take note, take into account in their work. Individual countries, capable of independent thinking, also not shy to point out the most egregious cases, for example, rampant concentration of military equipment of Armed forces of Ukraine in the Donbass, provocative attacks near the location of OSCE observers to the obvious violations of the rights of Russian-speaking population in Ukraine, harassment of the Ukrainian Orthodox Church of the Moscow Patriarchate,” said the Ambassador.

Lukashevich also said that the problem of Ukrainian nationalism went beyond Russophobia and began to affect other neighboring Ukraine, the country that requires a collective international response.

“Nationalists in the OSCE tried not to notice, while the purpose of their attacks was only something to do with Russia and their common history within the USSR, he said. – The Ukrainian authorities are trying to disguise under nationalism, pseudo-patriotism, past to present criminals like Bandera and present their followers – the neo-Nazis as defenders of the country. On the West still continue to encourage such short-sighted position, hoping that Ukrainian nationalism will be able to stay within the framework of Russophobia. However, the scope of these steels are close and frequent attacks on other neighbors of Ukraine.”
Lukashevich said that the Special monitoring mission (SMM) of the OSCE has strengthened surveillance in Transcarpathia in connection with the become frequent cases of attacks on representatives of the Hungarian community.
“The attitude towards Ukrainian nationalism is changing slowly but steadily. This applies not only to manifestations of xenophobia, anti-Semitism, contempt for the rule of law. The problem of Ukrainian nationalism, I’m sure, still will declare itself in full growth. It requires a collective international response, including by the OSCE, its institutions – the ODIHR [Office for democratic institutions and human rights], the high Commissioner on national minorities, representative on freedom of the media”, – said the permanent representative.

Russia in this regard, appealed to the OSCE SMM with a request “to prepare a thematic report on the activities of radical nationalists in Ukraine and the connivance of the authorities of their antics”.

The attacks of the nationalists in the Ukraine are regularly subjected to Russian institutions of culture, Moscow Patriarchate, monuments and memorials of the great Patriotic war, banks with Russian capital. On the day of the presidential elections, the radicals staged a protest outside the diplomatic institutions that became one of the reasons for the failure of a vote. Recently, in Transcarpathia began the attack on the Hungarian community, was set on fire by the Hungarian cultural center in Uzhgorod, damaged cars with the Hungarian numbers, burned belonged to the Hungarian shopping center. Besides, Lviv was attacked by the Polish monuments and the desecration of the memorial “Lviv Eaglets”.