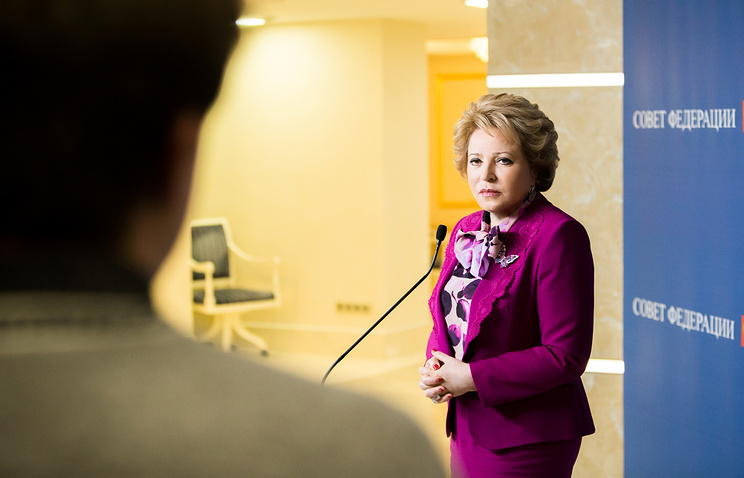 MOSCOW, March 22. /TASS/. The speaker of the Federation Council Valentina Matvienko said that Russian President Vladimir Putin worked hard on his message to the Federal Assembly, so the demand for the implementation of the proposals of the head of state will be very strict and rigid.

“As for the message, I know the mood of Vladimir Putin. He has suffered this message, he was working on it. Here the demand for its implementation will be very strict, very hard, and it should be understood by both the government and the Federal Assembly, and heads of constituent entities of the Russian Federation. Relax, no one will succeed”, – said Matvienko on Thursday at the meeting of the scientific expert Council under the Chairman of the Federation Council, devoted to the analysis of basic directions of legislative support of implementation of the President’s address.

In her opinion, legislators have a unique opportunity to implement their ideas into the proposed head of state “a strong social action programme”. “The Federation Council has also traditionally prepares a list of instructions on implementing the presidential address. The draft was pre-circulated to all participants, the results of today’s event, we will complete the preparation of this document, and in the future it will be approved at the Council chamber,” said the Senator.