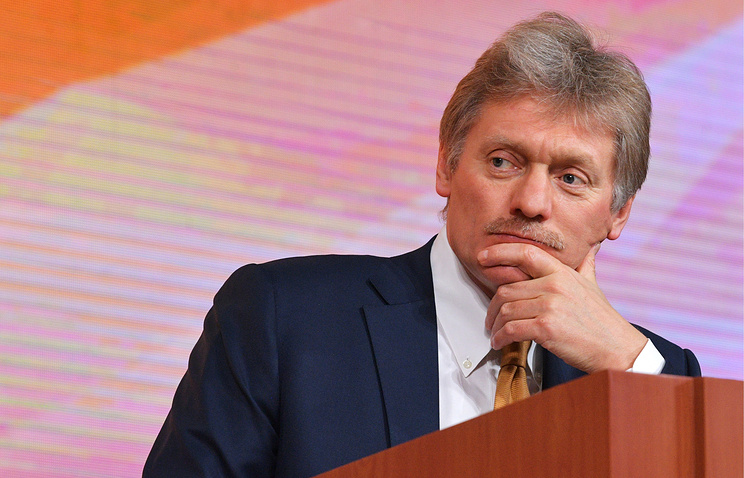 MOSCOW, March 22. /TASS/. Russian President Vladimir Putin discussed with the permanent members of the security Council of Russia on issues of Russian-British relations in the context of unfriendly steps of London, the situation in Syria, as well as domestic problems. As the press-Secretary of Russian leader Dmitry Peskov, Putin also informed the meeting participants about a series being held this week a telephone conversations with foreign leaders.

“The meeting continued the exchange of views in connection with provocative and hostile policy of great Britain towards Russia”, – said Peskov.

“Touched on the theme of regional conflicts, in particular, the situation in Syria, where he successfully continues the process of withdrawal of civilians from Eastern ghouta,” said the spokesman.

“Putin has in detail informed the participants about the multiple telephone contacts with a number of foreign heads of States and heads of international organizations, during which were discussed the substantive issues of bilateral relations and international Affairs”, – said Peskov.

“There was also a conversation on current issues of domestic socio-economic agenda”, he added.

The crisis in Russian-British relations

On March 4, former GRU Colonel Sergei Skripal, sentenced in Russia for espionage in favour of great Britain, and his daughter Julia were in Salisbury, according to the British side, effects of nerve agents. Later London made a statement that this substance was supposedly developed in Russia, and on this basis accused Moscow of involvement in the incident.

The Russian side has categorically denied all the speculation, arguing that programmes such substances neither in the USSR nor in Russia did not exist. Without presenting any evidence, London deported 23 of a Russian diplomat and expressed other anti-Russian measures, after which Moscow retaliated by sending from Russia, a similar number of staff of the British Embassy, instructing to close the Consulate General of Bulgaria in Saint-Petersburg and to stop the activities of the British Council in Russia.

The situation around the Eastern Guta

After the adoption on 24 February the UN Security Council resolution 2401 with a call to end fighting in Syria on the initiative of Russia in Eastern ghouta since February 27 was introduced the daily five-hour humanitarian pause. In the early days of pause was disrupted by militants, but later the situation stabilized.

Through humanitarian pauses from the city can reach civilians. The Russian defense Ministry reported that during the action of the humanitarian pause from Eastern ghouta was able to reach more than 90 thousand people.