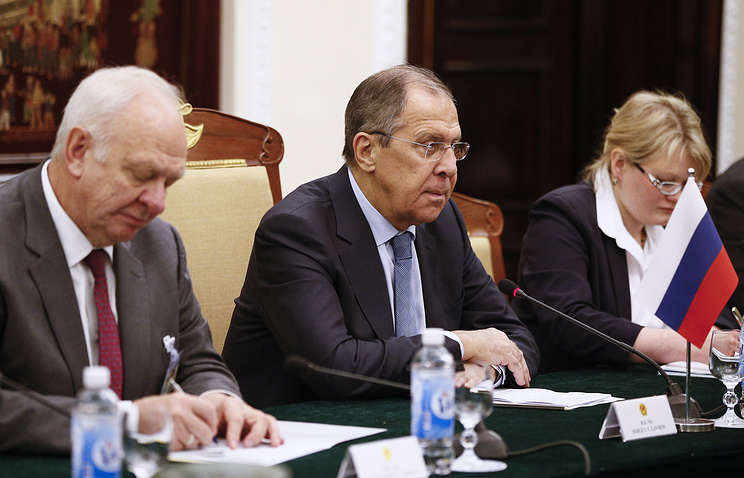 HANOI, March 23. /TASS/. Russia and Vietnam will continue to uphold the principles of truth and justice on the international arena, primarily in the UN. This was stated Friday by the Minister of foreign Affairs Sergey Lavrov at the talks with foreign Minister Pham Binh minem.

According to him, the Russian-Vietnamese friendship amounts to many decades. “We are very grateful to our friends for how carefully you store the memory of the attention you received during the liberation war and reconstruction after the war – said Lavrov. And today we continue to rebuild the principles of justice and truth in international Affairs, coordinating our actions in international organizations, primarily the UN.”

In turn, the Vietnamese Minister expressed confidence that Lavrov’s visit to Vietnam will strengthen bilateral relations. “We appreciate the sympathy of your leadership in relation to our country, – he stressed. – I am convinced that under the leadership of President [Vladimir] Putin relations between the two countries would steadily develop.”

Lavrov arrived in Hanoi on Thursday from Tokyo. The Russian Minister has already held talks with General Secretary of the Communist party of Vietnam Nguyen Phu trong. It is expected that the head of the Russian depodesta will also be adopted on Friday by the President of the Republic Tran Dai Quang the.