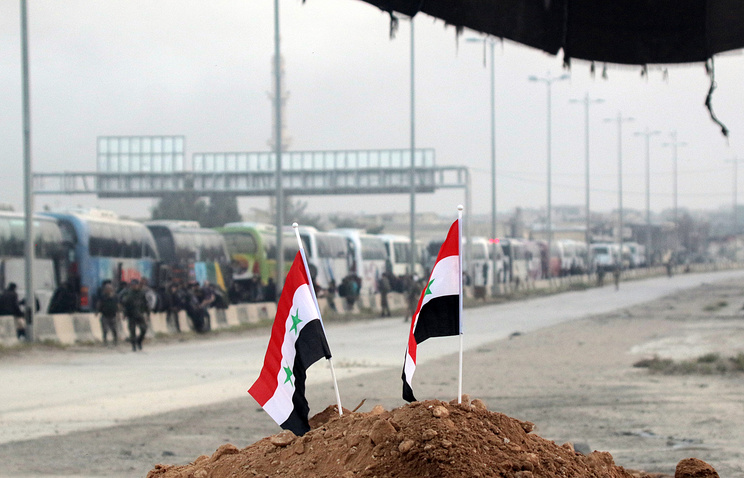 “As a result of negotiations of a management of the Russian Centre for the reconciliation of warring parties with the leaders of the group “Ahrar al-sham” achieved an agreement on the withdrawal of the militants from the village Haraszti (Eastern ghouta). 22 March-organized humanitarian corridor implemented output 1 895 thousand militants and members of their families who are transported by bus in Idlib province columns of 50 cars,” – said the defense Ministry.

The defense Ministry stressed that the route of their security is provided by the Syrian police under the control of the officers of the Russian Centre for reconciliation and representatives of the Syrian Arab red Crescent.