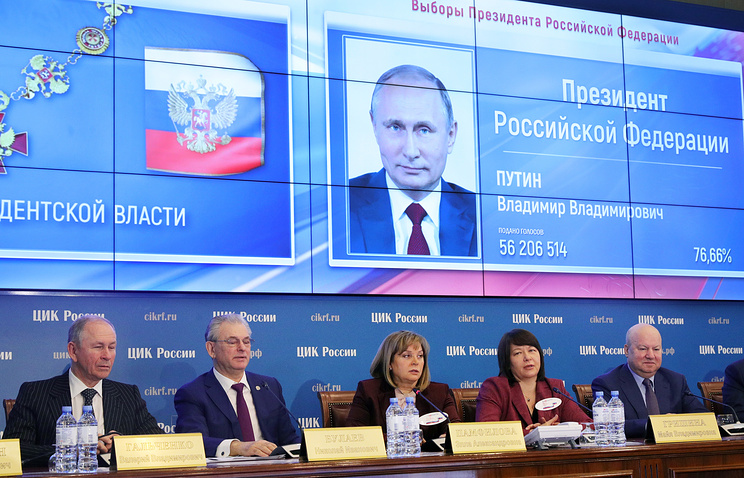 “This is the highest [activity] since 2000,” she said. According to Pamfilova, the presidential elections of the Russian Federation abroad took part 474 616 thousand, 32 thousand more than in 2012.

The head of the CEC drew the attention that in respect of foreign plots we are not talking about turnout, and voter turnout in order to avoid “double-counting votes” Russians, registered in Russia, but in the time of elections abroad. This high activity Pamfilova also connected in many respects with the system of mobile voters, allowing to vote at the place of stay.

According to Pamfilova, the current President of the Russian Federation Vladimir Putin standing in order of samovydvizheniya abroad voted 85,02% turnout of citizens for the candidate of the Communist party Pavel Grudinina – 5%, the candidate of “Civil initiatives” Ksenia Sobchak at 4.05%, LDPR leader Vladimir Zhirinovsky was 1.73%, the candidate of the party “Yabloko” Grigory Yavlinsky and 1.57%, the business Ombudsman, the Chairman of Party Boris Titov growth of -0.65% and the leader of the “Communists of Russia” Maxim Suraykin – 0,3%.

“The balance of votes abroad – is the idea that elections are not free. Yes free, don’t insult our people!” summed up Pamfilova.